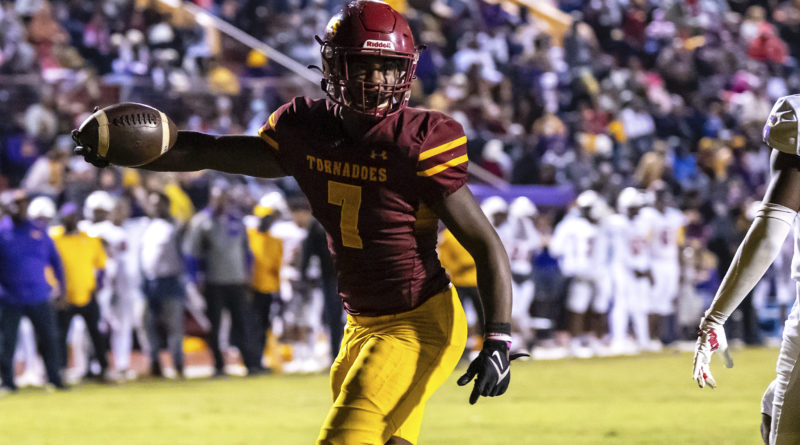 We’re down to four teams left in each classification of Mississippi High School football, and we’ve got two of the very best games of the season set for this weekend in Class 5A.

In the North, West Point is looking for its fourth trip to State in four years, but faces a huge test against Neshoba Central. In the South, Laurel is headed to Picayune after knocking off the reigning 5A Champions last week.

Here’s a look at both games set for Friday night, and what to expect in each of them.

West Point is back in the hunt for another state title, and just like last year, they’ve got to get past an offensive juggernaut with a dynamic quarterback to reach the championship.

Last year, it was Zy McDonald and Ridgeland. This year, it’s Eli Anderson and Neshoba Central.

The Rockets have averaged 36.3 points a game. Anderson has been the catalyst, completing 196 of 309 pass attempts for 3,064 yards and 39 touchdowns through the air. He’s also second on the team in rushing, with 426 yards and a team-high eight touchdowns.

The X-factor for Neshoba Central has been receiver Ja’Naylon Dupree, who has caught 66 passes for 983 yards and a team-high 14 touchdowns. Dupree is just 5-foot-9, but holds offers from Navy and Southern Miss as one of the best slot receiver prospects in all of Mississippi.

The Rockets’ offense will have little room for error against a West Point team that feasts on turnovers.

On the other side, Coach Chris Chambless’s Green Wave rolls in riding a 10-game winning streak since losing to West Jones in last year’s 5A State Championship. The Green Wave’s ground-and-pound approach on offense has spelled success for them again in 2021.

The Green Wave defense has been solid, holding Ridgeland and Vicksburg to 13 total points in the first two rounds of the 5A North Playoffs. They’ve given up 20 or more points just twice this season, and both of those came after the Green Wave held a huge lead late.

“We just have to do a good job of getting off the field,” West Point coach Chris Chambless said. “That was our deal last year (against Ridgeland). We just have to force them into third-and-long situations and then make a play.”

These two teams come into Friday with basically the same mentality: “We’re going to run it right at you, and we dare you to stop us.”

For Picayune, that means a downhill rushing attack led by Dante Dowdell, the all-everything back who has run for more than 2,000 yards and 23 touchdowns this season.

The Maroon Tide whipped a depleted Hattiesburg team 35-13 in the first round before dominating Brookhaven 28-3 last week to reach South State. Dowdell had 211 rushing yards against Hattiesburg and 170 more against Brookhaven.

“Dante is our workhorse,” Picayune coach Cody Stogner said. “He’s a guy we knew we were going to lean on heavily going into the season, and he’s thrived with a great supporting cast around him. He’s evolved from just a guy who was running the ball into a true running back. He can see the cuts, see the holes and understands when and how to hit them.”

Dowdell and the Picayune offense will face a Laurel defense that has been up-and-down over the past month. It has given up 20 points three times in the last five games, but pitched a shutout against the same Hattiesburg team that scored twice on Picayune in the playoffs.

For Laurel, the offense revolves around tailback Kiron Benjamin — a powerful north-south runner who has really come into his own in the second half of the season behind that big Golden Tornado offensive line.

“Kiron has been preparing for four years for this moment,” Laurel coach Ryan Earnest said. “He’s waited his turn behind some really good running backs and he’s never complained or been a distraction. He’s a leader in the weight room and I’m not surprised at all with the way he’s played this second half of the season.”

The key to Friday’s game will be which team can better maximize their possessions. In a game where both teams want to break your will with the running game, you can’t afford to turn it over or drive the field without coming away with points.

“You can’t afford to waste a possession,” Earnest said. “Because you might not get the ball back.”