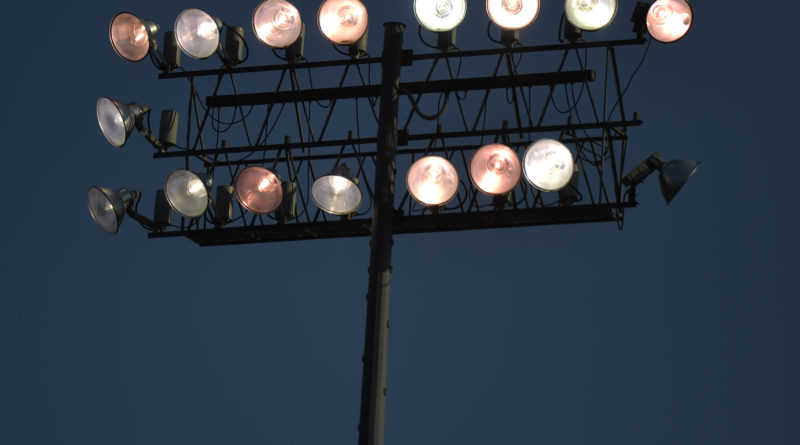 PICAYUNE — Dante Dowdell ran for 168 yards and three touchdowns as Picayune powered past Brookhaven 28-3 Friday night in the second round of the 2021 Mississippi Class 5A playoffs and advanced to the South State Championships for the third time in the last four years.

The Tide (12-1) will host Laurel (9-3) next Friday, with the winner advancing to the state championship Dec. 4 against the winner of the West Point and Neshoba Central in the North State Championship.

With Picayune leading 14-3, Brookhaven (7-5) looked to get back in the game in their opening possession of the second half, particularly after Dre Ross got loose for a 30-yard scamper to the Tide 15. However, a fumble caused by Picayune’s Tyrel McGill and recovered by Amarion Tyson stopped the Brookhaven drive and set the Tide up at their own 42.

Picayune put the game away with a long, 17-play, nine minute drive covering the last half of the third quarter and the opening minutes of the final quarter.

For the rest of the quarter, Picayune drained the life out of the clock, converting five third-down plays in methodically marching down the field, even overcoming a holding call that brought back a Dowdell 30 yard touchdown run. Dawson Underwood capped the drive by plunging in from 2 yards out with slightly over 11 minutes left to play in the game, giving the Tide a 21-3 lead.

“We like to run the clock,” Dowdell said. “Running the ball like that makes it where the defense doesn’t want to tackle anymore.”

Underwood said you can see the life drain out of defense during a slow drive when they can’t get off the field. “They are happy when they get to third down and a chance to get off the field, but then you make it and they have to do it all over again It sucks the life out of a defense.”

Picayune coach Cody Stogner said the Tide works on those types of drives during practice.

“Those are the kind of drives we have make if we want to win the playoffs,” he said. “Those drives keep our defense off the field and lets them rest. It keeps the other defense on the field and wears them down. Those drives build confidence in us that we can run the ball.”

Behind Ross, who ran the ball for 116 yards on 13 carries, the Panthers were able to move the ball on the Picayune defense. However, they weren’t able to convert the drives into points, ending drives at the Picayune 27, the 18, which resulted in a 35 yard Bryce Smith field goal, the Panthers 48, which saw the ball go over to the Tide after a bad snap on the only punt attempt in the game, the Tide 15, on a fumble, the 24, on downs, and the 29 on downs.

“We moved the ball between the 20s well,” said Brookhaven coach Bard Peavey, “but we didn’t finish drives. You can’t do that against a good team like Picayune.”

Stogner said Brookhaven put his defense under a great deal of adversity Friday night and played great team defense to keep the Panthers out of the endzone.

After Picayune’s first drive of the game stalled at the Brookhaven 4, the Maroon Tide defense stopped the Panthers at the Tide 27 to get the ball back. Ten plays later, with a 20-yard pass play from Underwood to Jessiah Contee — one of only two pass plays called by Stogner all night — and a 13-yard run by Noah Carter, Dowdell took the ball in from the four-yard line to give the Tide an early 7-0 lead.

After Smith hit his field goal and Brookhaven stopped a Picayune fourth down play at their 44, it looked like the Tide would go into the half with a 7-3 lead. However, with 122 left to play, a bad snap flew over the head of the Panthers punter, setting Picayune up at the Brookhaven 14. Two carries by Dowdell, the second for 9 yard, gave the Tide their second score on the night and a 14-3 halftime advantage.

The Tide picked up their final score of the night late in the fourth quarter after a fumble at midfield. Dowdell did most of the damage with a 39 yard run before capping the drive with a 1-yard plunge. Dowdell carried the ball 28 times on the evening.

Marvis McDaniel cleaned up well behind Brookhaven’s defensive line with at least eight stops. Caleb Harris proved difficult for Picayune’s offensive line to move off the line of scrimmage and finished with six stops.

“We had a good year,” said Peavy, of his team that started 2-4 but responded with five consecutive wins to make the playoffs. “There are some good players on this team.”