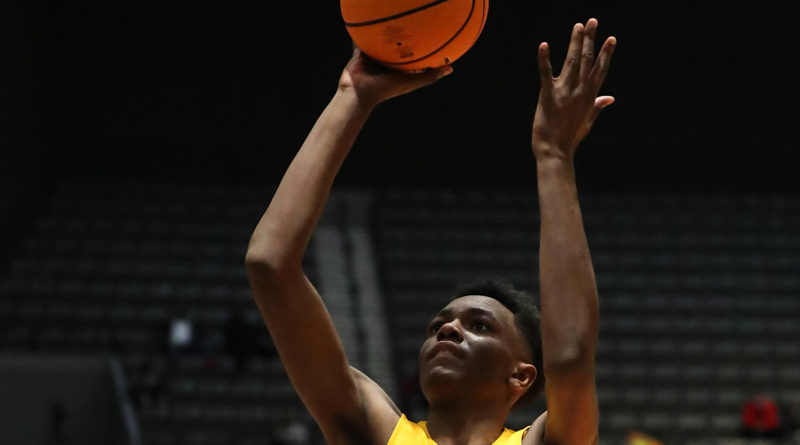 With the 2021-22 Mississippi high school basketball season underway, SBLive is taking a look at the best players in the state, class by class.

Here’s a look at 20 boys basketball juniors to keep an eye on in Mississippi this season.

At 6-foot-4, Alexander is one of those guards that just glides down the court. He helped MRA to the Overall Final last year, worked hard in the off-season and recently took an unofficial visit to Southern Miss.

Tupelo’s junior point guard is just 5-foot-10, but he can distribute and score. He averaged 8.8 points in 21 games as a sophomore last year, and is part of the reason why Tupelo is one of the teams to beat in 6A North.

The 6-foot point guard showed last season he was capable of creating offense even when he’s not scoring, but he’s also get buckets. He was named one of four top performers at the HoopSeen Tennessee preview camp, and recently took an unofficial visit to Southern Miss.

Fields has picked up right where he left off last year, when he helped Tupelo to a 13-7 finish and the second round of the MHSAA Class 6A Playoffs. The 6-foot-4 shooting guard had18 points in a 101-39 win over Holly Springs in the opener, and led the Golden Wave with 19 points in a 94-50 win over Shannon last week. He holds offers from both Co-Lin and Itawamba Community Colleges.

Gazzo is a phenomenal athlete for a guy who is 6-foot-8 and 200 pounds. On top of leading Parklane’s basketball team in scoring and rebounding last year, he’s also a star on the baseball diamond. He verbally committed to Ole Miss in April.

The 6-foot-4, 175-pound shooting guard is a scoring machine for Southeast Lauderdale. He’s incredibly athletic and averaged 15 points a game last year to help the Tigers to a 10-8 record. He holds offers from from Mississippi State and Western Kentucky.

New Hope’s 6-foot-1 guard was a huge part of the team’s success last season, when he averaged 17 points a game and led the Trojans to a 19-3 overall record as a sophomore. He’s back for more as a junior.

Holman should be a much-sought after prospect by the end of the season. He’s got decent size for a forward at 6-foot-6 and 190 pounds and led Jackson Academy in scoring on the way to a 20-9 record last season. He reportedly holds an offer from East Central University.

Hubbard may be just 6-foot and 175 pounds, but he has a huge impact on the court for MRA. Currently rated as the most sought-after recruit in Mississippi for 2023 and listed as three-star prospect by rivals.com, Hubbard holds offers from LSU, Mississippi State, Ole Miss, Southern Miss and Jackson State.

The muscular 6-foot-1, 200-pound Lindsey is playing forward for Northwest Rankin and averaging 11.8 points through six games this season. He scored 35 against Provine back on Nov. 2.

The Krass brothers get a lot of attention at St. Patrick, and rightfully so, but Muller is a guy who showed improvement last year as a sophomore and is poised for a big junior season. He’s 6-foot-6 — great size for a forward in Class 3A — and contributes well on the boards.

There’s not much not to like about Oak Grove’s 6-foot-2, 175-pound guard. He helped the Warriors to the 6A Championship game last season, and has seen his recruiting pick up after attending several showcases in the off-season.

There’s not much not to like about Moss Point’s explosive 6-foot-7, 180-pound small forward. He’s listed as a three-star recruit by 247sports.com and currently holds offers from Mississippi State and Southern Miss.

It’s nearly impossible to fill the shoes left by St. Andrew’s guard Rashad Bolden, but the Saints’ 6-foot-1,150-pound junior point guard may just be up to the challenge. He averaged 12 points a game last year as a sophomore, and is ready to shine as a junior.

The talented 6-foot-6, 195-pound small forward transferred from Pontotoc after helping the Warriors to the semifinal round of the 4A Playoffs last year. He reportedly holds offers from Mississippi State, Jackson State, and Mississippi Valley State, among others.

Prep’s elite junior forward is listed at 6-foot-4 and 180 pounds, but he plays even bigger. On top of being effective under the basket, he’s a big threat on the outside as well.

We knew the 6-foot-4 combo guard would be a star when he led Grace Baptist to a 23-4 record as a sophomore last season. Then he put on a show in the Southern Sports Platform Tidal Wave showcase event at MRA last month.

He’s a little undersized at 5-foot-8 and 150 pounds, but Sykes more than makes up for that with athleticism and creativity. He already holds offers from Tuskegee University and Mississippi Valley State.