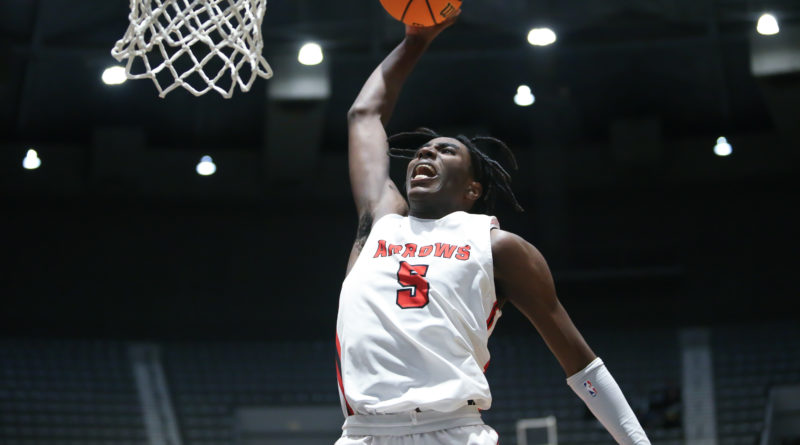 The 2021-22 MHSAA basketball season is here, and there’s no shortage of good players in the Magnolia State. Here’s a look at 20 boys basketball seniors to keep an eye on in Mississippi this season.

Some guys are just athletes, and Joe Haze Austin certainly fits that description. The 6-foot-4 senior is a star on the football field and in the gym, and has picked up offers from several Juco programs.

There are few point guards in the state as important to their team as the 6-foot-2 Davis is for the Panthers. He averaged 17.7 points a game last season and helped Pascagoula to a 17-4 record.

The 5-foot-11 Dixon made up half of Raymond’s splendid guard duo that led the Rangers all the way to the 4A Championship game a year ago, and is primed for an even bigger year in the 2021-2022 season.

Drone is just 5-foot-11 and 175 pounds, but don’t be fooled: the combo guard is the next great player for reigning 4A Champion Lanier. He dropped 31 points to go with six rebounds, five assists and five steals in the season opener against West Jones, then went off for 42 points, 10 assists and six rebounds in an 85-78 win over Callaway last week.

We were worried Cedquavious Hunter was going to transfer out of state, but even more excited he decided to stay. The 5-foot-11 guard is one of the most prolific scorers in the state, and has already signed with Cal State-Bakersfield.

The older of the two Krass brothers at St. Patrick is a 6-foot-4, 185-pounds. Senior who is rated as a three-star prospect by Rivals.com. He is currently committed to Ole Miss.

Hamilton is one of the biggest reasons Clinton hoisted the gold ball last season. He’s 6-foot-8 and 200 pounds and rated as a three-star prospect by 247sports.com and rivals.com. He is currently committed to Mississippi State.

Hoggan was named MVP of the 5A Championship game after dropping 17 points in the Jaguars’ 64-58 come-from-behind win over Lake Cormorant. The 6-foot point guard dropped 20 points in the Southern Sports Platform Tip-Off Classic.

The best word to describe Olive Branch’s 6-foot-1 guard is “smooth.” He’s one of those guys who seems to glide down the court and has a knack for finding open teammates.

Murrah’s 6-foot-5 shooting guard is dangerous inside or on the perimeter, and is already off to a fast start in 2021. He holds offers from Alabama State and Jackson State, but expect his recruiting to heat up as the season goes along.

The 6-foot-1 point guard originally attended Delta Streets Academy but transferred to Greenwood High, and the Bulldogs are much better for it. He’s already recorded multiple 30-point games this season, including a 33-point, four-assists, three-steal game in a win over Rosa Fort last week.

The Patriots’ splendid combo guard was one of the best players in the state last year. He’s 6-foot-3 and 175 pounds and reportedly holds offers from Jackson State, Murray State and North Carolina A&T.

Harrison Central’s 6-foot-9 forward is as solid on defense as he is on offense.  He holds offers from Baylor, LSU, Miss. State, Southern Miss and UNLV.

New Hope’s 6-foot-4 guard was named the most valuable player at the Southern Sports Platform Tidal Wave event, and it’s easy to see why. He averaged north of 15 points and 10 rebounds a game last season and has received a slew of Juco offers.

Powe might be small at 6-foot-1 and 160 pounds, but he is a leader on the court for the Wildcats. He’s was an elite defensive player and the catalyst for the Meridian offense as a junior, and should be in for an even bigger season in 2021-2022.

You won’t find many players as athletic as Brandon’s versatile 6-foot-4, 180-pound small forward. He’s got great ball skills and contributes even when he isn’t the main scoring threat. He’s received interest from Ole Miss, Mississippi State and Southern Miss.

The Rangers’ 6-foot guard was one of the main reasons Raymond reached the 4A State Championship game last season, and will play a huge role if the Rangers are to return to the title game in 2022. He averaged 20 points a game last season and earned MVP honors at the Rumble in the South event after dropping 19 points and five assists in a win over MRA.

See could play pretty much any position on the court, but he’s one of the state’s elite forwards at 6-foot-7 and 180 pounds. He’s rated as a four-star prospect by 247sports.com, and currently committed to LSU.

D’Iberville’s 6-foot-4, 160-pound small forward is a big reason why the Warriors went 17-8 last season. He’s as versatile a player as you’ll find on the coast this season, and has received more interest from Juco programs after a productive off-season.

Thomas averaged nearly 20 points a game in last year’s championship run for Holmes County Central. At 6-foot-6 and 180 pounds, he’s an impressive prospect on the wing and makes one heckuva receiver on the football field.