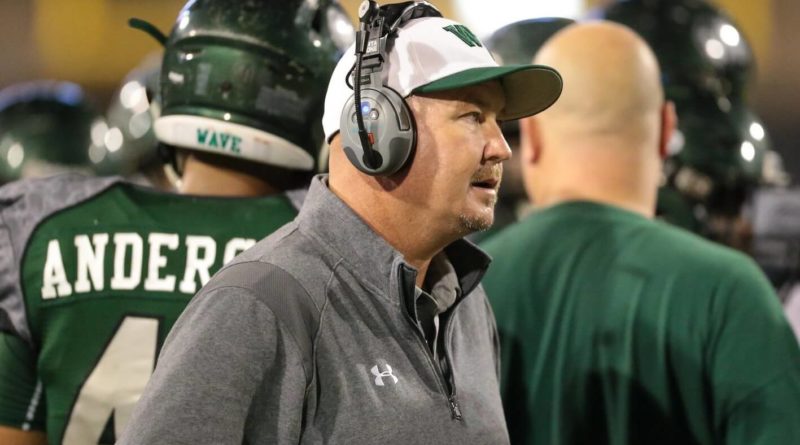 This week’s second-round playoff games in Class 5A have a little bit of everything, including a solid toss-up game in the North and a regular-season rematch between heated rivals in the South. Here’s a look at all four of the Class 5A contests set for Friday night, and what we can expect to see in each of them.

There are so many reasons to be excited about Friday night’s showdown between Lafayette and Neshoba Central, but the biggest is the matchup between the Commodore’s defense and Rocket’s offense.

Lafayette’s 43-16 win over Holmes County Central in the first round of the playoffs last week was the ‘Dores seventh in a row since losing to West Point 17-0 on Sept. 24. Their scoring defense has been unreal in that stretch, holding opponents to 11.9 points a game, led by 5A Mr. Football Derrick Burgess.

Neshoba Central played the easier regular-season schedule but have passed every test. The Rockets have put up big numbers offensively all year, and are coming off a 27-24 win over Lake Cormorant. Quarterback Eli Anderson has amassed more than 3,000 yards of offense, passing for 2,719 yards and running for 473 with 44 total touchdowns.

For all the talk about impressive offenses, this is one game that is likely to be a defensive struggle.

West Point has looked unstoppable, with an offense that has averaged 41.5 points in seven games since Oct. 1. But the biggest reason the Green Wave finds itself back in the title hunt is the defense, which has suffocated opponents to the tune of 15 touchdowns in 10 games.

Vicksburg counters with a defense that has not given up 20 points in any game since the season-opener against 6A Germantown. They’ve pitched shutouts in four games and just missed a fifth in a 25-3 win over Cleveland Central in the opening round of the playoffs last week.

We could be in for a shootout in this one, as both Brookhaven and Picayune come into Friday night’s game with dominating running games.

The Panthers eased past East Central 42-14 in the opening round of the playoffs last week, giving them their fourth-straight game scoring 41 or more points. Dual-threat quarterback Dre Ross is the real deal, having amassed more than 1,400 yards of total offense and 18 touchdowns, and tailback Xavier Gayten gives them a one-two punch in the backfield that is tough to stop.

On the other side, Picayune is riding the legs of all-everything tailback Dante Dowdell, who ran for 211 yards and a touchdown in a 35-13 win over Hattiesburg in the opening round of the playoffs last week to give him 1,953 yards and 20 touchdowns for the season.

It doesn’t get any bigger in Jones County than when the Tornadoes and Mustangs lock horns, and the situation will be at fever-pitch Friday with a trip to South State on the line.

Laurel has looked great since losing the regular-season matchup to the Mustangs 24-21 on Oct. 22. The Tornadoes won a close 21-18 game against Wayne County, then exploded for half-a-hundred points and brow-beat Hattiesburg 50-0 before dismantling George County 59-20 in the first round of the playoffs last week. Tailback Kiron Benjamin has looked unstoppable over that stretch, running behind an offensive line that has incredible size and strength.

Reigning 5A state champion West Jones has been in dog-fight after dog-fight since losing all-everything tailback and safety Kendorian Russell to a torn ACL in mid-October. All four of their games since then have come down to one score, but they are 3-1 in that stretch. The key to this game will be how many defenders it takes to contain Benjamin and that Laurel running game. If it takes stacking eight guys in the box, the Tornadoes are good enough on the outside to make the Mustangs pay.