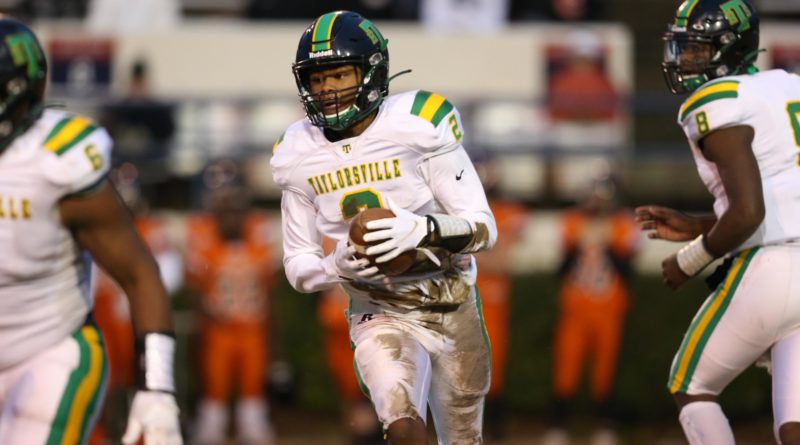 The MHSAA Class 1A Football Playoffs never lack drama, and the 2021 season has been no different. Both the reigning North and South State champs are still in the hunt for a trip back to the championship, but both will be underdogs in the second round this Friday night. Here’s a look at all four games set for this weekend and what we can expect to see in each of them.

We don’t really know what to expect when McEvans travels to Tupelo for a showdown with the Eagles this week, except a good football game.

Tupelo Christian comes in riding a nine-game winning streak, and they haven’t really been tested since a 35-25 win over Biggersville back on Oct. 1. The Eagles feature an offense that revolves around quarterback Jake Prather, who has thrown for 1,115 yards and 12 touchdowns, tailback Emmanuel Randle, who has averaged nearly 100 yards a contest, and a defense that has allowed just three touchdowns over its last five games.

McEvans comes in having knocked off Smithville 32-0 in their playoff opener, which was their fifth win in a row going back to Oct. 8. They’ve averaged 41.2 points a game over that stretch.

Perennial powerhouse Simmons comes in as the heavy favorite against the reigning 1A North Champions after missing most of last season due to COVID-19.

Led by 1A Mr. Football Vontrez Rush, the Blue Devils have out-scored their 11 opponents by a combined 572 to 26. Rush is the real deal — he has racked up 1,946 all-purpose yards and accounted for 30 touchdowns and doubles as the team’s best corner.

Biggersville counters with an offense that has scored three or more touchdowns in all 11 games this season with sophomore quarterback Drew Rowsey at the helm. To get to the second round, the Lions won a tight one 28-24 over South Delta, a team Simmons blasted 42-14 back on Sept. 24.

Everyone kind of had Taylorsville penciled into the 1A Championship after the reigning 2A State Champions dropped to 1A in reclassification, but their road to the second round fo the 1A Playoffs has been anything but easy.

The Tartars got the big win over Lumberton 26-6 back on Oct. 15, but lost 14-12 to Bay Springs on Halloween to drop to the No. 2 seed coming out of Region 4. Everyone knows about the talent at wideout with Dereco Crosby and Cedric Beavers, but freshman quarterback Laza Beavers and sophomore tailback Cobey Craft have stepped up big for Taylorsville as well.

They’ll face another big test against West Lowndes, a team that comes into Friday’s game riding an eight-game winning streak after Friday’s 40-6 win over Richton.

If the reigning 1A Champion Panthers want to go on a revenge tour, it’ll have to start this week against a Bay Springs team that has looked unbeatable down the stretch.

Lumberton hadn’t lost a Region 3 game in nearly seven years when the Panthers lost 26-6 to Taylorsville on Oct. 15. They’ve since lost two more — to Enterprise and Bay Springs — but have a unique opportunity to avenge two of those three losses in the playoffs.

Bay Springs would love to nip those plans in the bud and repeat their performance from their Nov. 4 36-0 win over the Panthers. If you like watching teams run the football, this one is for you: the two teams have combined to rush for 5,071 yards this season.