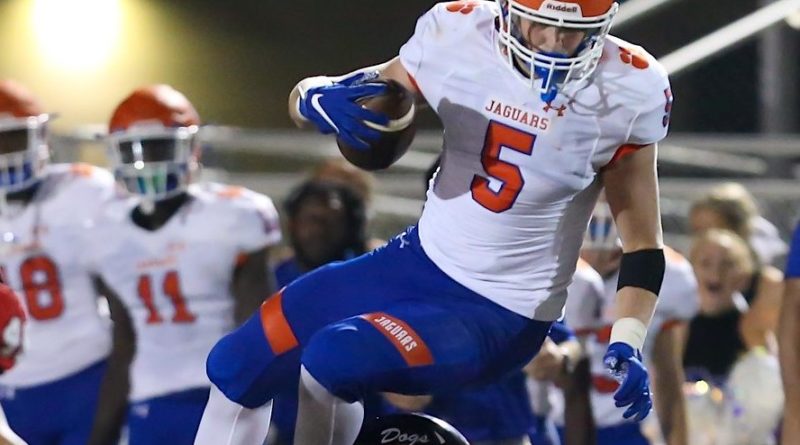 There’s so much going on this week in MHSAA football, it’s hard to keep up. We’ve got Class 1A, 5A and 6A playing their final games of the regular season and Class 2A, 3A and 4A starting the playoffs this Friday night. With so many significant games, we’ve expanded to 10 games to watch and broken down the list into playoffs and play-ins. Here’s a look at the matchups we’ll be locked into this weekend.

South Panola (7-1) had set the pace all season in a pretty mediocre Region 1 race all season, but a 14-7 loss at Horn Lake last week has thrown a wrench into the system. Now, the Tigers need a win over the Mustangs (2-8) to clinch the top playoff seed in the region.

There are still approximately one million scenarios that could play out in Region 2, but here’s all you need to know: If the

We don’t need any playoff scenarios to make “Eat Dirt” one of the biggest games of the week, but they are out there. Pearl (7-3) needs a win over Brandon (7-2) in the Rankin County Super Bowl to assure themselves the No. 3 seed in Region 2. If the Pirates lose and Warren Central beats Meridian, Pearl will have to open the post-season at Ocean Springs (9-0).

West Jones (7-2) was rolling after a 24-21 win over Laurel on Oct. 22, but last week’s 20-17 loss to Hattiesburg has thrown all of Region 3-5A into chaos. Basically, West Jones needs a win, for Brookhaven to beat South Jones and for Laurel to beat Hattiesburg to clinch the No. 1 seed. Wayne County needs to win by five or more points to assure themselves the top seed.

Hattiesburg’s big 20-17 win over West Jones gives the 100th installment of the Little Brown Jug game an added layer of drama. Both of these teams are going to the playoffs, but the seeding scenarios are all over the place. Hattiesburg’s got the most to gain or lose, as the Tigers could clinch anything from the No. 1 seed to the No. 4 seed coming out of Region 3 depending on how things shake out this week.

It looked like the Rangers (7-3) were destined to host a first-round playoff game until they dropped the last two games of the season against North Pike and McComb. Now, they’ll travel to Poplarville for a showdown with the Hornets (8-2), who beat the breaks off of every 4A team they played this year, aside from top-ranked Columbia. This game features a great contrast in style, as the high-flying rangers are led by quarterback Trent Singleton and Poplarville features Maurice Travis, Avan Jarvis and that option run-game.

The Bobcats (6-3) finished fourth in what is arguably the toughest region in 4A, while the Jaguars (8-0) played a Charmin-soft non-region schedule and sailed through Region 6 unscathed and, largely, untested. That’ll change this week, when North Pike welcomes Sumrall to town. The Jaguars feature a defense that has allowed just six touchdowns in five games in October. They’ll face a Bobcat offense that can score in bunches.

Kosciusko’s defense is legit, but that 26-23 loss to Louisville last Friday night dropped the Whippets (6-2) to the No. 3 seed coming out of Region 4 and sent them on the road in the first round against the Cavaliers. Caledonia (8-1) comes in with an offense that averaged 41.6 points a game this season. This may be the most evenly-matched first-round game in the state.

Both of these traditional powerhouses were down this year, but find themselves on upward trajectories headed into the playoffs. The Rock-a-Chaws (4-5) have turned into a running team, with senior Davien La Garde rushing for 1,238 yards and 12 touchdowns in eight games. The Panthers (5-5) went 1-4 in their first five games before winning four out of five in the month of October. That Morton offense has averaged 43 points over the past four games.

Let’s be honest, this game is more about Velma Jackson (7-2) than East Marion. The Falcons looked like one of the best teams in 3A last season, but lost to Columbia in the first round. Now that they’ve dropped to 2A, the pressure is really on to advance and set up that rematch against Scott Central. On the other side, the Eagles (4-5) are a team that has won the games it was supposed to win and come up just short in others, losing to Bogue Chitto and Loyd Star by a combined four points. If they can turn that dynamic around Friday, they could pull off one of the biggest first-round upsets in the state.