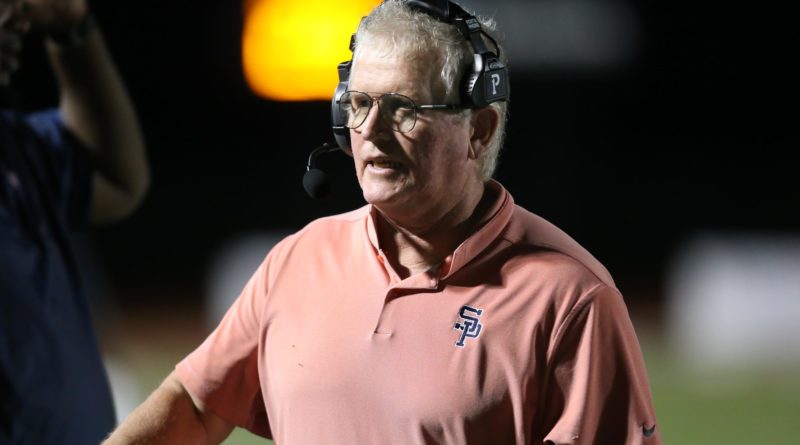 It’s playoff time in the Deep South, and there are some great high school football coaches who will be stalking the sidelines this Thursday and Friday night across the Magnolia State. That got us to thinking, who are the winningest active MHSAA football coaches? Well, here’s the list and a little about each of the top 10:

Few coaches are blessed with the kind of career that Woods has put together. Everyone knows about the run he had in his first stint at South Panola from 2002 to 2006 — when the Tigers went 74-1 and won four-straight state championships. Fewer know he also won two state championships at Ackerman in 1997 and 2001 and another at Starkville in 2015. He’s currently 43-16 in his second stint at Panola headed into the 2021 playoffs.

West Jones coach Scott Pierson got his start at Bay Springs in 1995 and went 59-25 in his first seven seasons. He’s been at West Jones since 2002, and has led the Mustangs to five South State Championship appearances. They’ve advanced twice and captured one state championship last season, when Pierson led West Jones to a 13-2 record and a 33-27 win over West Point in the title game.

It would be impossible, at this point, to tell the story of football in the Pine Belt without mentioning Mancuso. He got his start at Richton in 1998, won his first championship at Seminary in 2003 and won four more back-to-back as the head coach at Bassfield from 2012 to 2015. He’s won two more titles — in 2017 and 2019 since moving to Jeff Davis County after Bassfield and Prentiss consolidated following the 2016 season.

Dyess is one game above .500 through nine at Ridgeland, but if history is any indication, the Titans will win big under the legendary Philadelphia coach. Dyess won two state championships in six years at Lumberton, then went 115-28 with six region championships in 11 years at Philadelphia. He won the 2020 3A state title at Magee last year before taking over at Ridgeland.

Johnson has Clarksdale cooking this year at 8-1, with their only loss coming in a close game at South Panola. The Wildcats finished undefeated in region play for the second year in a row. Johnson got his start at West Bolivar, where he went 142-32 in 13 seasons after taking over as the head coach in 2000.

Chambless got his start at Caledonia, but was only there for one 2-9 season before being handed the keys to Mississippi’s football Ferrari at West Point. Under Chambless, West Point is 98-10 against Region opponents, 38-9 in the playoffs and has brought home six state championships.

Shannon White has been a fixture in Pine Belt football since the late 80s. He came from humble beginnings at West Lauderdale, where he went 0-10 in his first season. All that changed when he got to Taylorsville in 1998, when the Tartars went 13-2 and won the 2A state championship in his first season. He went on to win 88 games in nine years and grabbed another state title in 2002.

Dolan got his start at Forrest County, where he went 113-51 in 14 seasons. The Aggies went 13-2 and won the 4A state championship in his final year in 2013. Dolan spent two years at Columbia Academy before moving to Pearl River Central, where he spent the 2016 and 2017 seasons. Since taking over at D’Iberville in 2018, the Warriors have gone 18-2 in Region 4-6A games. Their 2021 playoff appearance will be their third in three years under Dolan.

Hooker has spent the past 20 years leading South Delta, and has taken the program to the playoffs in 18 of them, including this season. He’s won 10 or more games four times in that stretch, but the Bulldogs have advanced to the third round of the playoffs only once, in 2007. Under Hooker, South Delta has gone 74-32 in region games and won five region titles.

Currently the most accomplished of the Class 6A metro-area coaches, Boswell has won big at both of his stops in his career. He spent his first seven years at Forest, where he was 68-22 and went 1-1 in state championship games, winning the 4A title in 2010 with a perfect 15-0 record. The Bearcats went 23-0 in Region games from 2008-2011 before Boswell left for Clinton. He led Cam Akers and the Arrows to a state championship in 2016, and has the Arrows in the playoffs again this season.