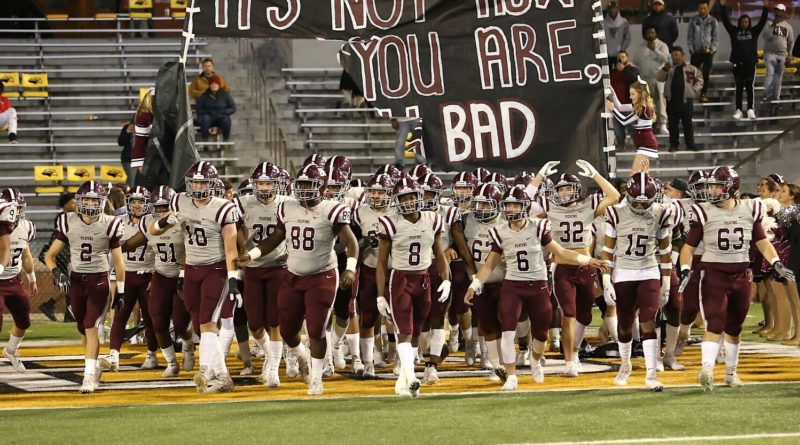 Here’s a look at the SBLive Mississippi Power 10 Rankings for the week of Monday, Nov. 1. These are the final regular season rankings for the fall 2021 season.

Greenville Christian had a bye in the first round of the MAIS 3A Playoffs, but returns to action this week against Winona Christian, which defeated Delta Streets 49-14 Friday night. After they win that game, the Saints will get the winner of Benton Academy and Central Holmes Christian in the semifinal. At this point, it’s like an NFL team against FCS opponents. We don’t know if the Saints could run the table with a full MHSAA 6A schedule, but you would have to like their chances head to head against anyone.

We already knew Ocean Springs quarterback Bray Hubbard could carve up teams who tried to take away the run. Now, we know what happens to teams who try to take away the pass, as Gulfport did Friday night. The Greyhounds rolled to more than 300 yards on the ground in another blowout win, capturing the Region 4 title and top playoff seed in the process. The road to Jackson goes through Greyhound Stadium, and it looks like coach Blake Pennock’s bunch are going to be a tough out for anyone in the postseason.

Madison Central has made huge strides on the defensive side of the ball since giving up 35 points in a loss to Starkville on Sept. 24. The Jaguars only gave up four touchdowns in October, and two of those came after Friday’s win over Murrah was well in-hand. A win over Oxford Saturday would clinch at least a share of the Region 2 title, but the Jags need Grenada to upset Starkville to win it outright. No matter how it shakes out, Big Blue is going to be a force to be reckoned with in the playoffs, no matter where they play.

The Green Wave haven’t had a real test since September, but nothing about their 5-0 run in the month of October has us doubting that West Point is again the best team in 5A North. Unbeaten Neshoba Central may have something to say about that in a couple of weeks, but Chris Chambless and the Wave won’t have that on their minds as they try to close out the regular season undefeated in a trip to Columbus Thursday.

It’s hard to put into words how good Brandon tailback Nate Blount has been down the stretch. He racked up 263 yards on 34 carries with six touchdowns in Friday’s win over Northwest Rankin, and the Bulldogs needed every single one after giving Northwest Rankin seven extra possessions. That win, combined with Oak Grove’s win over Pearl, locked up the top seed coming out of Region 3. Pearl needs to win the “Eat Dirt” rivalry game Friday to lock up the three seed, but records and seeding never seem to matter when these two get together.

The Warriors bounced back from last week’s loss at Brandon with a win at Pearl to lock up the two-seed coming out of Region 3. The defending state champs got a big performance out of two-way star Jaylen Aborom, who caught a pair of touchdown passes and came up with an interception against the Pirates. They’ll close out the regular season with a Senior Night game against Northwest Rankin that won’t change the outlook for either team.

The Yellow Jacket defense answered the bell against Germantown, holding the Mavericks to one first-half touchdown and pitching a shutout in the final two quarters. If they can take care of business against a Grenada team that has struggled to a 1-5 record against Region 2 opponents, they’ll have a shot at a Region 2 title that is likely to come down to point differential unless Oxford beats Madison Central on the road Thursday night.

D’Iberville jumped back in the rankings this week for the first time in a month after knocking off Harrison Central to move to 9-1 last Friday night. Larry Dolan’s Warriors have been in Ocean Springs’ shadow all season, but they have won eight of their other nine games by more than one score and will likely give the 3-seed from Region 3 all kinds of trouble in the first round of the 6A South State Playoffs next week.

You know who’s good? Picayune tailback Dante Dowdell. After 10 games, the 6-foot-2, 210-pound bruiser is over 1,500 yards with 17 touchdowns, and he’s helped Picayune find an identity that is clearly working for the Maroon Tide. Friday’s blowout win over Long Beach sewed up the top seed coming out of Region 4-5A, so Thursday night’s game against Gautier is little more than a playoff tune-up for Picayune.

The Rockets took care of business at home Friday, dispatching Callaway to finish the regular season undefeated. The Rockets have four quality wins on their resume: West Lauderdale (9-1), Holmes County Central (5-4) Ridgeland (5-4) and Vicksburg (6-3). Their other six opponents have a combined record of 17-37, so there’s not much to go off of there. They’ll get a week off this week before that competition picks up big time in the first round of the playoffs.