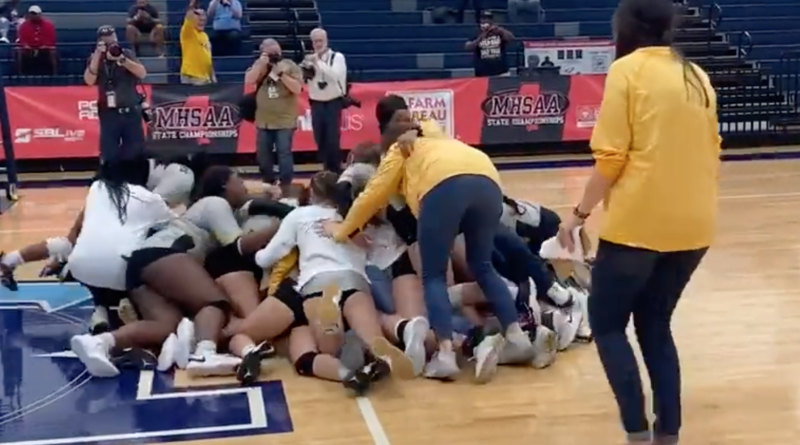 RIDGELAND — Pontotoc coach Annie McGregor had based the Lady Warriors’ entire approach to the season around what it felt like to lose in the state championship a year ago.

So when they clinched the 4A North Championship and earned a berth in Saturday’s State Championship against Pass Christian at Ridgeland High, the message was simple: don’t let it happen again.

The Lady Warriors erased all doubt against Pass Christian, sweeping three sets and delivering the program’s first state title in a 3-0 win that sent the capacity crowd into hysterics.

“We had a major chip on our shoulder after last year,” McGregor said. “We were determined this year that we were going to out-hustle, out-determine and out-communicate whoever we played, and that’s what we did today. Even when we were down one or two points, our girls didn’t get rattled.”

Over the three games, they didn’t have much opportunity to get rattled.

Pontotoc (18-6) won the first set 25-22, and it ended up being the closest one. Pass Christian (13-13) fought to a 17-16 lead, but the Lady Warriors picked up eight of the next 10 points to take the 24-19 lead. After Pass Christian scored three quick points to make it 24-22, Pontotoc junior Mollie Rackley hammered home a kill to seal the set.

“Audrey and Holly Stewart and Scout Waldrop and Samya (Brooks) have all been playing with each other since sixth grade, and it shows,” McGregor said. “This championship today doesn’t happen without them, so I couldn’t be happier for them.”

Pass Christian played well, but just couldn’t ever break through. They put together a couple of key runs, including in the first set after losing middle blocker Kylah Bell to an ankle injury for several points.

“We kind of lost and found ourselves in the moment a couple of times today,” Pass Christian coach Kendra Bensch said. “I don’t think the stage was too big for us, but we put some of our players in some tough situations today and we couldn’t overcome it, but we’ve accomplished a lot this year and we have a lot to be proud of.”