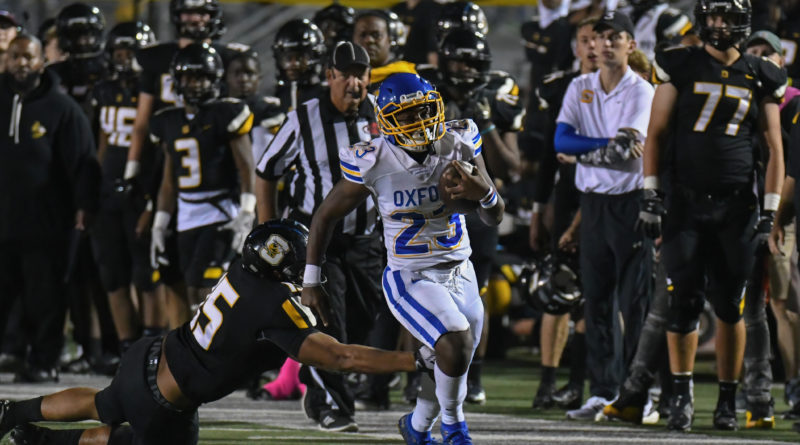 STARKVILLE, Miss. – Roman Gregory scored four touchdowns and Oxford’s defense came up with a big stop late in the fourth quarter to lift the Chargers to a 42-35 road win over Starkville in the Little Egg Bowl rivalry Friday night.

It was Oxford’s first Little Egg Bowl victory since 2013 and it snapped Starkville’s 45-game winning streak at home.

Gregory finished the game with 116 yards rushing and nearly 300 all-purpose yards, including a 70-yard punt return for a touchdown.

At halftime Starkville honored the Class of 1971, the first integrated class at Starkville High School.

Here are photos from the game and the halftime ceremony: