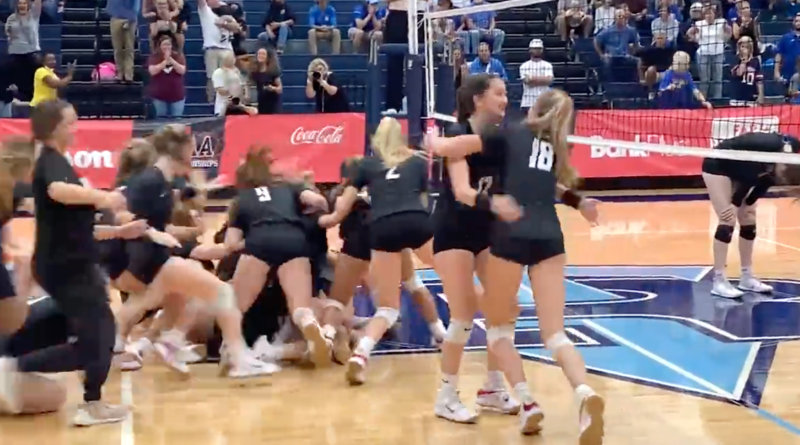 RIDGELAND — The Brandon Bulldogs were down, but they weren’t out.

After falling behind North Champion Oxford two games to none, the Lady Bulldogs rallied to win the third set, then dominated the fourth and fifth to capture the 6A State Championship Saturday at Ridgeland High.

“I had to remind my girls that I told them it was going to be a knock-down, drag-out fight,” Brandon coach Kelsa Walker said. “Well, it was one, and we fought and fought.”

For so long, it looked like Brandon (25-7) was going to finish runner-up for the second year in a row. The Lady Chargers (29-3) dominated the first two sets.

They won the first one 25-19 and the second 25-22 on the play of junior Ainsley Tacke, who might have been the best player on the floor for either team. She finished with a game-high 22 kills, including 11 in those first two games.

Brandon built a 21-17 lead before giving up two quick points, which prompted Walker to call the timeout. The Bulldogs won three of the next five points to get some cushion and finished it on an ace by Campbell Harrington.

After cutting it to 2-1 with the win in the third set, the Bulldogs rode the momentum into the fourth. Brandon senior and University of West Virginia-Wesleyan commit Abigail Rodgers heated up in a big way.

She slammed home five kills in the fourth set and helped the Lady Bulldogs pull away late to a 25-20 win, then added four more and an ace in the final set, which Brandon ended up winning 15-11.

It was a huge performance for Rodgers, who earned MVP honors, especially considering she played the entire match — and the whole season for that matter — out of position. Walker moved Rodgers, who is going to UWV-Wesleyan to play setter, to the middle after two other players suffered season-ending injuries.

“My mom actually asked me yesterday ‘Could you imagine a year ago that you’d be playing middle in a state championship match?’” Rodgers said. “And the answer was ‘No.’ But I worked at it and practiced every day to be in the position to do what I could to help this team. This is an amazing group of girls.”

The championship was the third in program history for Brandon, which has now won three out of the last five 6A titles. Oxford’s trip to the state championship was its third in school history and Saturday marked its first runner-up finish.