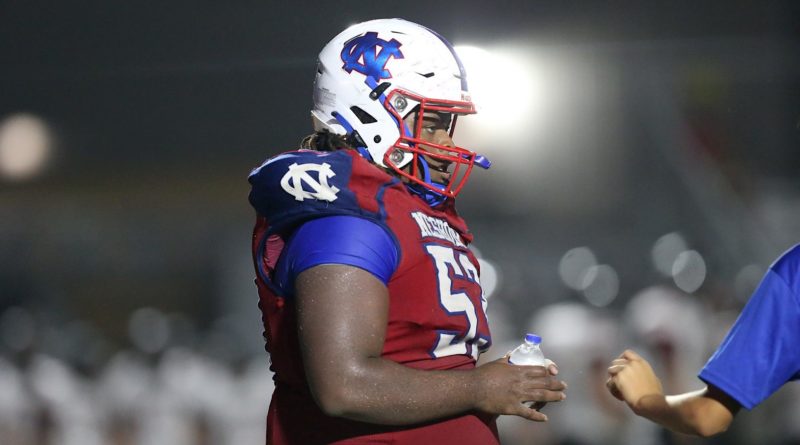 It’s finally football weather in Mississippi, so everyone ought to get out and enjoy our two weeks of bliss. The third week in October brings us more regional rivalries and games with big-time playoff ramifications. Some regions will be decided this Friday night, and with so many big games, we’ve decided to highlight 10 instead of the usual five.

So let’s get to it — here’s a look at some of the best Mississippi high school football games we’ll be tracking Friday night.

Gulfport has quietly put together a fantastic season on the gridiron, but a win Friday night would take it to the next level. The Admirals are tied with Ocean Springs at 4-0 in Region 4-6A, and a win would set up a huge game on Oct. 29 at home against the Greyhounds. Standing in their way is a Warrior team that is one game back at 3-1 in the region, thanks to Ocean Springs. The reigning region champs are coming off their most complete game of the season in a 35-9 win over Hancock.

Both the Warriors and Bulldogs are 4-0 in Region 3-6A and ranked in the SBLive Power 10 coming into Friday night’s showdown. After struggling early, the Oak Grove offense has found its footing the last three weeks, scoring a combined 154 points against Petal, Meridian and Terry. Since an 0-2 start against Oxford and Madison Central, first-year Brandon coach Sam Williams has the Bulldogs rolling. They come in riding a five-game winning streak and feature a devastating 1-2 punch in the running game with Jarvis Durr and Nate Blount.

Arguably the biggest game in 5A is a sneaky-good one. The Region 2 race was always going to come down to these two or Ridgeland, and after the Gators’ 36-14 win last week, both of them have now beaten the Titans. That means — barring a miracle or a meteor — that Friday night’s game will determine who gets the top playoff seed.

Forget that the defending state champion Mustangs are again one of the best teams in the state, with a defense that has allowed one touchdown in the last six games. Forget that the Tornadoes are only one game back in the Region 3-5A standings coming off back-to-back district wins. It’s West Jones vs. Laurel, and only one team in Jones County can claim bragging rights Friday night.

The last two unbeaten teams in Region 4-5A are both 3-0 heading into Friday night. The Maroon Tide has looked unstoppable, playing solid defense and riding the legs of all-everything tailback Dante Dowdell. George County counters with one of the state’s best players, receiver/corner Marquez Dortch and a defense that is coming off it’s best game of the season in a 41-7 win over Pearl River Central.

Ripley is undefeated at 3-0 in Region 2-4A, and Houston (2-1) is one of two teams sitting at 2-1. But the Hilltoppers now hold wins over both North Pontotoc and Pontotoc, so a win Friday night would put them in the driver’s seat for the top playoff seed.

Both teams are 3-0 in Region 1-4A, and have been on similar trajectories. Itawamba played the tougher non-region schedule and has one of the state’s most explosive playmakers in Isaac Smith. Caledonia hasn’t come close to losing a game, averaging 46.4 points a game.

No ifs, ands or buts about it — Friday’s game between the Wildcats and Hornets is for the Region 7-4A title. Columbia hasn’t lost since Sept. 10 against 6A Petal, and Poplarville has dominated every game it has played since a season-opening loss to 5A Picayune. These two could be in for a rematch in the playoffs.

We know Mantachie (1-1 in Region 1-3A) can score. Braedon Sauls, Hunter Hester and that potent offense comes at you down hill and quick, and the Mustangs need a win to keep their hopes for the Region title alive. Kossuth (3-0 in 1-3A)  has been solid as well, with Jack Johnson and Brady Kelly combining for nearly 1,000 rushing yards in six games.

Both of these teams have a loss to Simmons, but make up half of the teams in a four-way tie for first place in Region 2-1A. If either team wants to play at home in the first round, a win Friday night is crucial.