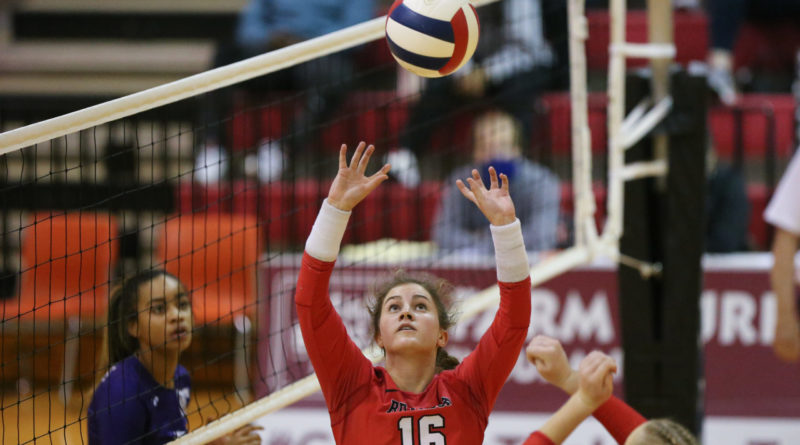 BRANDON — It wasn’t pretty, but Brandon head coach Kelsa Walker will take it.

In a match that featured a lot of errors, the Lady Bulldogs were able to sweep D’Iberville 3-0 in the First Round of the MHSAA Class 6A Volleyball Playoffs on Tuesday night.

Brandon (22-7) advances to face Gulfport in the second round at 6 p.m. Thursday night at Brandon.

“Honestly I felt like thank goodness we had some great serving tonight, because our serves are what got us through,” Walker said. “I feel like we have to go out there from the start and push the pedal instead of waiting. Bottom line is we’ve got to attack and not play not to lose and go out there and play to win.”

The second set was just like the first set, as both teams went back and forth with Brandon holding a 13-10 lead early. D’Iberville cut the lead down to 13-12 and the Lady Bulldogs went on a 11-0 run to extend the lead to 24-12 and claimed the second set 25-13.

The third set was all Brandon. The Lady Bulldogs jumped out to a 10-0 lead and never looked back as they claimed the third set and the match 25-12.

“As soon as we got the momentum early, we were able to keep it and that was huge,” Walker said. “I didn’t know much about D’Iberville other than they haven’t made the playoffs a whole lot, so that was big for them.”

Brandon eliminated Gulfport in the second round of the Class 6A playoffs last year.

“Gulfport is going to come up here, and they’re not going to be worried about coming up here,” Walker said. “They’re going to come in swinging. If we don’t start off the game well, we’re going to give them hope. This is wasn’t our best volleyball tonight, so we will come practice tomorrow and fix some things.”

D’Iberville finished the season 13-8. This was just the Lady Warriors second playoff appearance in the last nine years.

“Brandon is a good team with a lot of great players,” said D’Iberville coach Randy Prince. “We came out firing and hung in there, but we made to many mistakes with serve receiving and not very good passes. You can’t free ball a good team and that’s what happened. We broke the ice of making it to the playoffs for the first time in a while and now it’s the expectation to make the playoffs every year.”