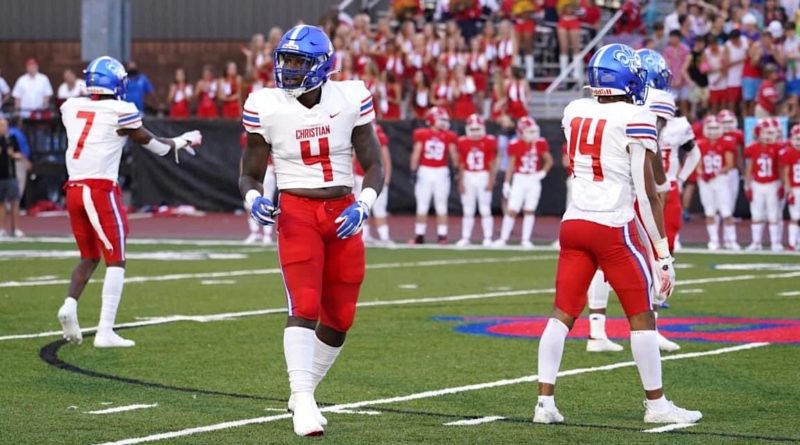 Here’s a look at the Mississippi Power 10 Rankings for the week of Monday, Sept. 20.

Last week: No. 3
Friday night: The Jaguars were idle
This week: at No. 7 Starkville

The Jaguars moved up from No. 2 to No. 1 this week without playing game, thanks to Greenville Christian’s big win over previously top-ranked Oak Grove. The Jaguars look like the most complete team through the first four weeks of a season in which we may not have one dominant team that goes undefeated and wins it all. Quarterback Vic Sutton has shown a lot of improvement from last year — helped along by a rushing attack that is averaging better than 200 yards a game — and the defense has improved in each game.

We were skeptical about whether or not Greenville Christian could hang with some of the big boys in Class 6A and 5A football because of the number of players on the roster, but all those doubts were erased Friday night when the Saints marched into Oak Grove and walked away with a monumental win over the previously unbeaten, reigning 6A champs. You could argue the Saints 22 starters make up the best group in the state, and any counterpoint would be nearly irrelevant.

You have to give Oak Grove coach Drew Causey credit for even agreeing to play Greenville Christian last week. By all accounts, the Warriors are not the same team that ran the table at 15-0 and won the state title last year. That said, they gave Greenville Christian one heckuva ballgame and probably got better in the process. The Warriors are still the team to beat in Region 3-6A, but they could lose that status this week if they come out flat against a good Warren Central team on the road.

Last week: No. 5
Friday night: The Greyhounds were idle
This week: hosts Hancock (3-0)

Ocean Springs is another team that moved up in the rankings without playing a game Friday night. The Greyhounds were idle after beating the breaks off of George County 51-28 a week ago. The OSHS offense is putting up video game numbers, taking pressure off an untested defense. Next up is a matchup with a Hancock team that is off to a surprising 3-0 start.

The Chargers lost for the second time in as many weeks after blowing a 16-point lead on the road against their rivals in the 50th annual Crosstown Classic. The Chargers are good enough to win just about every game on defense, but the offense has sputtered in back-to-back games and struggled to score against stout defenses. It’s not time to pull the fire alarm just yet, though. The Chargers get a good bounce-back game in what looks like a complete mismatch against Murrah this week.

Last week: No. 5
Friday night: the Green Wave was idle
This week: at Lafayette (3-1)

The Green Wave do as good of a job as anyone of plugging new players into their system and holding them to same standard as the guy they replaced. In a short sample size from this season, coach Chris Chambless appears to have done it again. The Green Wave won the only game they have played so far, whipping Noxubee County 38-16 on the road. This week’s game at Lafayette in the Region 1-5A opener for both schools represents a huge step up in competition.

Quarterback Trey Petty looked pretty good against the tough Louisville defense, and the Yellow Jackets escaped with a win over the reigning 4A champs thanks to a game-sealing interception by Braylon Burnside. Next up is a huge test against the top-ranked Jaguars from Madison Central.

The Tigers probably got more than they bargained for out of a good Clarksdale team at home Friday night, but a win is a win. This isn’t your father’s South Panola team, but they have a lot of the same characteristics: a stingy defense and a solid ground-and-pound rushing attack. We’ll learn a lot more about the Tigers this weekend when they travel to Hernando.

The Red Rebels are another team that hasn’t played enough games to give us a big sample size, but we like what we’ve seen from them so far. The biggest test of the season comes Friday night in the form of a home date with that potent offense from Pascagoula. We all know the Red Rebels can score touchdowns in bunches, now it’s time to see how that defense holds up in a big game.

The Golden Wave cruised past Columbus to move to 4-0 last week, and has now allowed just 24 total points in four games. That’s pretty sporty, but they’ll really be put to the test this week against an undefeated Grenada team that has run the ball effectively against every team it has played.