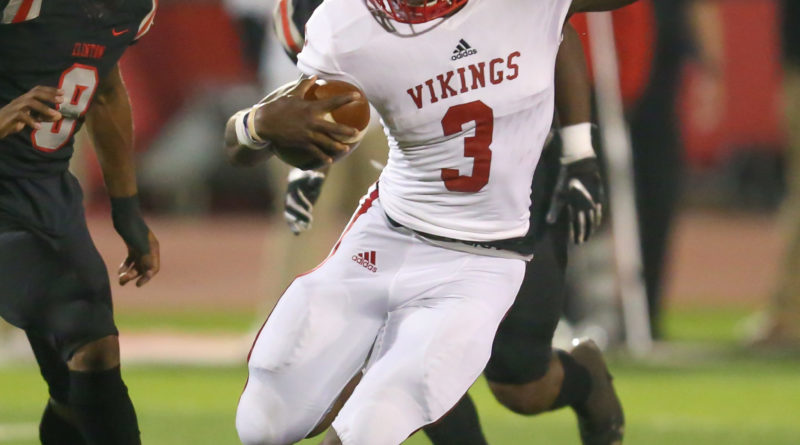 The first week of the season, we were all just testing the waters. Week two, we were getting into the groove. Now entering Week 3, the Mississippi high school football season is in full swing.

Here’s a look at the most intriguing matchups this weekend (Sept. 10) across the stat. (All games are set for 7 p.m. Friday.)

Arguably the best game in the state, this non-region showdown is shaping up to be a defensive battle.

The Mavericks have the top-line talent to match anyone in the state, and they’ve enjoyed especially good defensive play in the first two weeks. The boys from Gluckstadt put up 16 points on defense last week in a 40-26 win over Lake Charles (La.) thanks to twin fumble returns from Devin Arrington and Raveon Jones and a safety.

Warren Central blasted Forest Hill 27-0 in Week 1 before stumbling offensively in a 7-6 win over cross-town rival Vicksburg last Friday night. T.J. Thompson is a good back, but the Vikings are nearly one-dimensional and will likely lean heavily on that defense again against the Mavs. If there was an over/under bet, it’d be an easy decision.

Hattiesburg has played an absolutely brutal schedule these first two weeks, and that difficulty jumps into the stratosphere this week against the state’s top team, No. 1 Oak Grove.

The Tigers played Petal close in a 16-10 loss in overtime in Week 1, then took it on the chin against Ocean Springs in a 43-8 debacle on the coast last Friday night. They’ll get a second shot against a 6A powerhouse in as many weeks against the mighty Warriors this week.

We didn’t learn much about the defending 6A champs from their season-opening 43-7 win over Seminary last week, except Drew Causey’s bunch appear to still be dominant. Hattiesburg is looking for their first win in the series since 2018, but crazy things happen rivalry games and this is Oak Grove’s first real test.

The 5A Maroon Tide rolls into 6A Gulfport as the favorite here, but this one ought to be interesting for several reasons.

Picayune has arguably the two most impressive wins of any team in the state headed into Week 3 after beating Poplarville in Week 1 and Jeff Davis County in Week 2. They’ve found a genuine playmaker in tailback Chris Davis, who had 100 yards rushing and a receiving touchdown in last week’s 41-33 win over the Jaguars.

Gulfport opened the season with 13-12 win over Pearl — a victory that looks even better following the Pirates’ blowout win over Ridgeland last Friday. They scored two late touchdowns to force overtime against a good Escambia (Fla.) team last week, but ended up losing 35-28.

Coach Chris Jones would be the first to tell you this isn’t last year’s Starkville team, but the potential to be great is there. We just haven’t seen enough of the Yellow Jackets to get a feel for how far they can go. Jones put an almost completely new team on the field in their only previous game and still rolled over Columbus in a 28-0 win two weeks ago. They benefitted from a forfeit win over West Point in Week 2.

Olive Branch has also only played one game on the field, picking up a 21-14 win over St. George’s (Tenn.) last week. The Quistors were a ground-and-pound machine in that one, rushing for 283 yards as a team with the three-headed rushing attack of Tralyn Oliver, Braydon Wright and Jakobe Walls.

Folks in south Mississippi will be treated to this gem between two solid programs looking for redemption.

Wayne County has been a big question mark since winning it all in 2015. The traditional powerhouse War Eagles are 32-25 over these last five years as they head into their 2021 season opener. A lot of smart folks think this is the year second-year coach Kevin Gandy and Wayne County turn things around, but they’ve got a huge challenge right out of the gate.

Pascagoula has a genuine stud under center in Keilon Parnell and a great back in Isaiah Benn. Last week, that duo wreaked havoc on Gautier, which was saved by quarterback Kaden Irving’s freakish 500-yard, seven-touchdown performance. The Panthers will present an excellent challenge for the Wayne County defense.