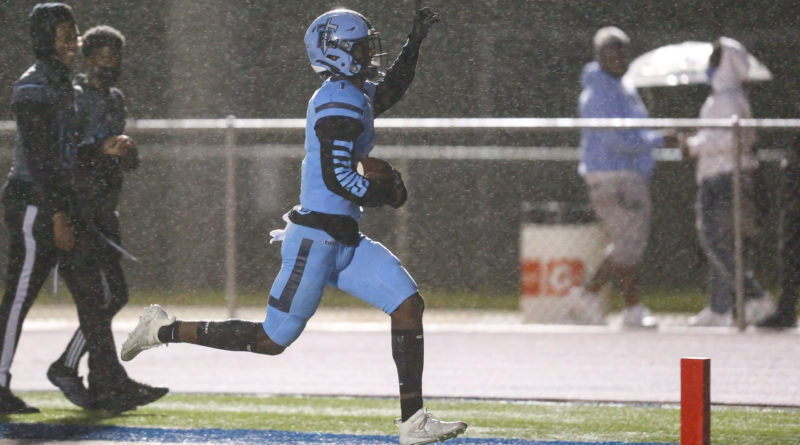 Each week, SBLive will rank the top 10 high school football teams in Mississippi, regardless of classification. Here’s a look at the SBLive Power 10 for Monday, Aug. 30.

Last week: No. 1
Last Friday: Off
This Friday: at Seminary

The defending 6A Champion Warriors were off last week, but will open up the 2021 season this week with a tune-up game against Seminary. The schedule gets dicey from there with trips to Hattiesburg and Warren Central on the horizon.

This week: TBA
The Chargers erased a 14-0 deficit to beat Brandon 24-17 Friday night, and that win is probably going to look even better as the season progresses. They were still looking for a game for next week as of Sunday.

The Jaguars looked inconsistent on offense in Week 1 against a very good West Jones defense, but it was good enough to pick up a big win over a playoff team. But the tests keep coming, starting with a cross-town rivalry game against a Brandon squad that gave Oxford all kinds of fits last week.

The Green Wave are on schedule to start their season on Sept. 10 on the road against Noxubee County.

The Greyhounds came out on top of a barn-burner, beating Clinton 45-44 in double overtime. Quarterback Bray Hubbard also announced his presence and put his name in the 6A Mr. Football conversation early with six total touchdowns.

We were supposed to get treated to a tasty Oxford-South Panola game this weekend, but COVID-19 had other plans. Now, the Tigers won’t play until Sept. 10, when they travel to Cordova (Tenn.).

The Yellow Jackets had 155 yards of penalties and still blanked Columbus 28-0. Tyler Nichols had a breakout game with 16 carries for 118 yards and two long touchdown runs. If they can get more of the latter than the former, look out.

The Arrows might not have come out on top, but they got solid quarterback play out of Jordyn Battee and a breakout, three-touchdown performance from tailback Jakobe Calvin. They also won’t be Ocean Springs’ last victim this year.

The Red Rebels will get to lace ’em up for the first time this Friday against South Pike after having their Week 1 game against Oak Grove mutually cancelled. There’s a lot of inexperience, but the Red Rebels are undoubtedly talented.

The Titans looked like a team that has actually improved since their 2020 season-ending loss to West Point in the 5A North Championship. Junior Ayden Williams has the potential to be the next big Mississippi receiver and that front seven can flat out play.