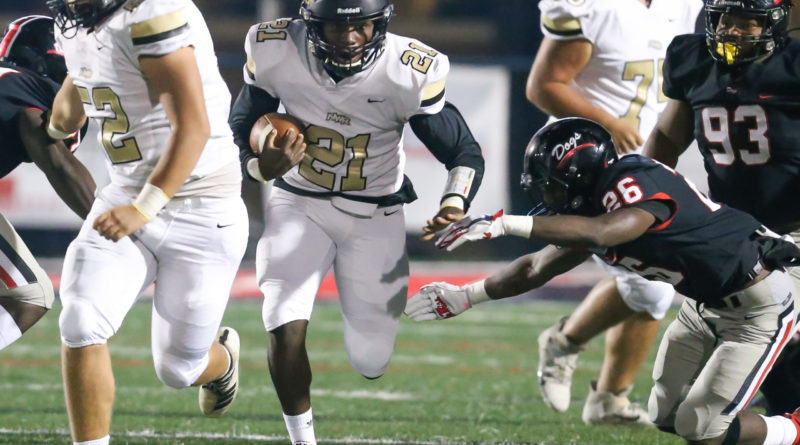 SBLive is previewing the top high school football teams in Mississippi ahead of the fall 2021 season. Here’s an inside look at the 2021 Northwest Rankin Cougars.

The 2021 season marks the beginning of a new era at Northwest Rankin under new head coach Devin Cooper.

Cooper came to NWR from Scott Central — where he went 35-6 in three seasons and won a Class 2A Championship in 2018 — after former coach Toby Collums took the Madison Central job.

“The transition has gone well,” he said. “The support here is incredible and coach Collums had done a great job before I got here.”

Cooper added that he’s been impressed with the work ethic of the players, which he said was obvious in summer workouts and has carried over into fall camp.

“These are some hard-working kids,” he said. “And we’ve got a good staff in place. I think we’ve got a little bit of experience in key places, and if we can get through some of the growing pains with some younger guys, we have a chance to be good.”

The Cougars will be playing a lot of younger guys, and at key positions. That starts at quarterback, where sophomore Wes White has earned the starting spot.

White has a strong arm and makes good decisions, but he’s not a guy who will beat you with his legs. Instead, Cooper said he’ll need to use the guys around him.

The good news there is the Cougars have some truly talented, proven skill position players coming back.

Bell-cow running back Cam Marion is back and healthy after rushing for 1,384 yards and 17 touchdowns a year ago, and fellow seniors Davion Alston and Kendarius Reed provide much-needed depth at the position.

At wideout, 6-foot-1 senior Caleb McCoy is the lead returning receiver with 19 catches for 518 yards and four touchdowns as a junior last year. Cooper said junior Javien Crump and sophomore Kaleb Boggans are viable targets, and hinted he might use do-it-all defensive back Jalen Nelson some at wideout as well.

The Cougars return two starters on the offensive line —senior Joseph Cable and junior Landon Bridges. The other three penciled in as starters are junior Seth McKee, and sophomores Braylon McKinion and Charlie Williamson. The other guy in the mix up there is sophomore Michael Posey, who provides a nice sixth option and can slide around if needed.

“I think the big thing for us is how quickly some of these sophomores adjust to game speed and pick up on what we’re doing,” Cooper said. “It’s a really good class and I think they are going to be special, but you know you are going to have those growing pains when you start a bunch of younger guys.”

The story is pretty much identical on the defensive side of the ball, where the Cougars return a couple of obvious leaders but will start a lot of inexperienced guys on opening day.

Senior Guillermo Alvarez is as solid as it gets on the defensive line, but everyone else is unproven. Senior Jalen Williams has waited his turn to start, and junior Henley Steward is a new face who has been working at the other defensive end spot.

Cooper said he may pull some offensive linemen in to help shore up the position, pointing out that both Landon Bridges and Joseph Cable are both capable.

The list of knowns is pretty short after that. Brandon Gladney is the only linebacker with extensive playing time, and senior Cam Russell joins Jalen Nelson in the secondary as the only two true veteran players.

The Cougars do return one of the state’s best kickers in junior Christian Baglione.

“Those veteran players will have to lead us,” Cooper said. “Outside of them, it’s a bunch of sophomores and a couple of older guys with practically no in-game experience at this level. We’ve got to throw our guys into the fire, see how they respond and let them learn.”