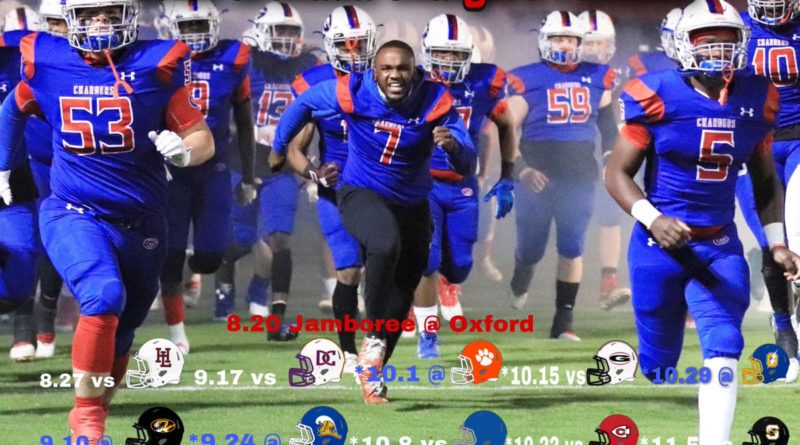 SBLive is previewing the top high school football teams in Mississippi ahead of the fall 2021 season. Here’s an inside look at the 2021 Grenada Chargers.

Grenada is a program that has become accustomed to playing deep into the post-season every year, but faces a new challenge after making the move back to 6A in 2021.

Chargers 11th-year coach Ashley Kuhn said his numbers are down a little bit, which is tough when you are already the smallest school in Class 6A.

“We’ve been in this class before,” Kuhn said. “So it’s not completely foreign to us. We were 6A my first four years here. Back then, we were in the process of rebuilding the program and we still won nine games those last two years.

“But we’ve been in 5A the last six years, and we feel like the top of it is as good as anyone. Week to week, the competition and the depth of these 6A opponents is the difference. There are no gimmes at this level.”

The Chargers made a living on defense last season, allowing fewer than 20 points to opponents in five out of nine games settled on the field.

They return a good group with significant playing time on that side of the ball, but there will be several new starters at key positions this year.

“I really like the defensive group we’ve got over there, even if they are unproven,” Kuhn said. “I like the 11 we’ll put out there, but many of them are guys who have looked good in limited snaps or in practice.”

The Chargers are going to be big up front, starting with a senior, three-year-starter at nose tackle Jaqoun Bledsoe. Sophomore Aaron Travis looks like he’s going to be a big-time playmaker, and Sontera Coleman has emerged as a probable starter at the other end position.

At linebacker, junior Jaylon Townes and Tre Parker have the most experience, but Tirell Conley is a guy to keep your eyes on as the season progresses.

Offensively, it’s no secret that the Chargers want to run the football, and they have a great bell-cow back returning in Joe Moss. The 50-foot-11, 215-pound senior averaged nearly eight yards a carry last season and is the team’s lead returning scorer. Kuhn said fans should also be on the lookout for Jhordan During.

That duo will run behind a line with a solid starting five that features three returning starters in Landon Trusty, Jordan Tops and Jack Daniels. Kuhn said he likes the other guys competing for the other two spots, but that depth could be a major concern.

“We’re razor-thin there and can’t really afford injuries or illness,” he said. “But we’re going to do what we can to keep them healthy, including waiting as long as we possibly can before asking anyone to play both ways.”

Senior Jaheim Shack is the only returning receiving threat, having caught seven passes for 118 yards and a touchdown a year ago, but the bigger problem may be at quarterback, where Kuhn has not identified a starter.

Junior Jaylon Skinner is the only player on the roster who took a snap under center last year, as multi-year starter Josh Phillips drew every start before graduating and taking his talents to Gulf Coast Community College.

Kuhn said the position is still up in the air, because one of his potential candidates has been out with COVID-19.

“We may get to the first week and still not know who our permanent starter will be,” he said. “We’re still going through that process and we’re about two or three weeks behind where we hoped to be at this point. It’s never easy replacing a long-time starter like Josh, but it’s even tougher this year.”

The good news for Grenada offensively is they return a serious weapon in kicker Jacob Chavis, who was one of the best placekicker in the state last year and returns to handle all the team’s kicking duties this year.

We’ll find out a lot about the Chargers in the first couple of week of the season, as they open non-region play with home games against Horn lake and DeSoto Central, sandwiched around road trips to Pontotoc and Hernando.