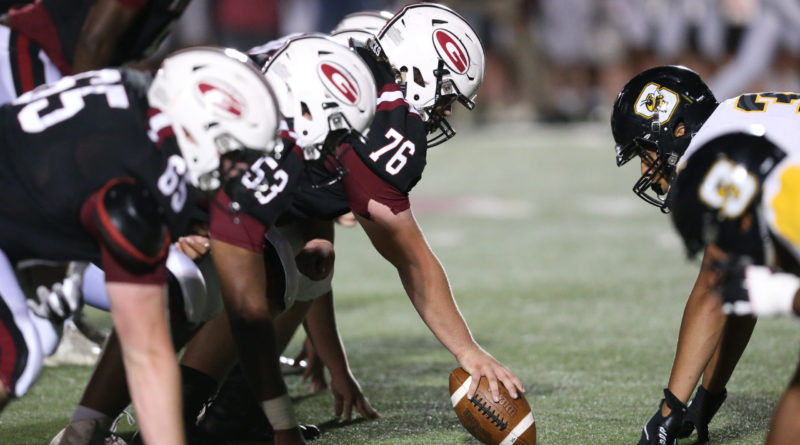 SBLive is previewing the top high school football teams in Mississippi ahead of the fall 2021 season. Here’s an inside look at the 2021 Germantown Mavericks.

If you are looking for a dark horse in Region 2, you could do a lot worse than Germantown.

The Mavericks return a slew of starters, including two of the very best players in the state in tailback Branson Robinson and defensive lineman Zxavian Harris.

With long-time coach Tim Shramek retiring and taking a job with the MHSAA, the school has turned the reins to the program over to Shramek’s former assistant coach Scott Brown, who has 25 years experience under his belt, including a stint as head coach at Clinton six years ago.

“It’s been a little bit of a challenge with everything happening as late as it did,” Brown said. “But it’s just a matter of putting things together and getting organized. Fall practices have gone well so far, and we’ve been able to avoid any major injuries.”

The big question going into the season is whether or not the Mavericks will be able to score against their Region 2 opponents. Last year, the Mavericks lost close games against Clinton, South Panola and Warren Central despite holding all three under 23 points.

Brown would love to turn those kinds of games into close wins in 2021.

To do it, he’ll have to find some balance on the offensive side of the ball — a passing game to keep defenses from focusing on Robinson, who averaged 131 yards over nine games with 15 touchdowns a year ago.

Junior Drew McCluskey and sophomore Jackson Hood have been competing for the starting quarterback position following the graduation of last year’s starter Colton Gardner, and Brown said both have worked hard over the off-season.

“They are both heady players with a good grasp of the game,” he said. “Drew is a little more mobile, and Jackson might have a little bit stronger arm. But the competition between them is very even right now. It’s hard to tell with neither one having a game under their belt, so we’re just going to have to keep evaluating them.”

He added the planned scrimmage against Neshoba Central on Aug. 20 should help.

The Mavericks have a similar situation on the offensive line, where three of the five starting spots are set in stone, but there are four guys competing for the two other spots.

The three returning starters are Bobby Thompson, Isaiah Bell and Cody Wilson. Brown said he plans to use Zxavian Harris some on offense as a plug-and-play lineman as well.

The skill position players are all solid — everyone knows what Robinson brings to the table, but the Mavs have two other talented backs in senior Edward Dunigan and sophomore Jeremiah Washington. Tykwon Wade returns as the top receiving threat after catching 15 passes for 179 yards in six games last year, and Tony Knight Jr. has made the transition from defensive back to receiver.

“I think the quarterback play will determine a lot for us because we don’t have experience there,” Brown said. “That’s going to be big for us early. We’ll see who comes out of that competition and how well we’re able to throw the ball, and that will determine a lot of our success.”

The defense should be solid again. The front six in the Mavs’ new 3-3-5 stack scheme looks as good as anybody getting off the bus.

Along with Harris, Germantown returns both starting defensive ends Tyrese Fields and Monterious Walker, as well as middle linebacker Austin Ghoston and outside ‘backers Devin Arrington and Hampton Ross.

“We feel like that’ll be a strength,” Brown said. “It’s the primary reason we decided to go to that stack look — we feel like we can afford to put a few more guys in coverage because we’ll be able to compete up front with just those six guys.”

The secondary returns two full-time starters in corners Quentin Nelson and Steve Johnson. Jashun Bell has made the move from corner to safety, but junior Jonathan Pettus gives the Mavs a good third option at corner. Newcomer Dakota Haralson will start at the other safety position as a sophomore.

On special teams, sophomore Hayden Houpt will handle all the kicking duties.

“I think we’re ready to compete,” Brown said. “We did last year, but we just couldn’t get over the hump. In our region, every game is going to be decided by 10 points or less because everyone is good and everyone is well-coached.”