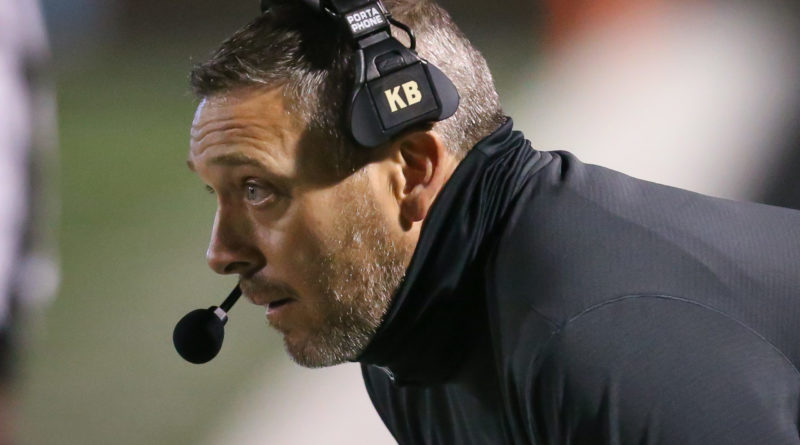 SBLive is previewing the top high school football teams in Mississippi ahead of the fall 2021 season. Here’s an inside look at the Madison Central Jaguars.

Head Coach: Toby Collums (first year)
Last Year: 7-4 (4-2 in Region 2), lost to Oxford in the first round of the 6A North Playoffs

There were plenty of bright spots for Madison Central in coach Anthony Hart’s final year with the program.

They beat then-No. 1 Starkville, and two teams that played in the semifinal round (Clinton and Northwest Rankin), but couldn’t get past eventual North champ Oxford in the first round of the playoffs.

With Hart resigning, the program has been turned over to a proven head coach, Toby Collums, who came to Madison after a successful stint at cross-town rival Northwest Rankin.

“Things have been great,” Collums said. “The move wasn’t rushed — I’ve been here since April, so by the time we started fall practices, it already felt normal, and the guys have worked hard enough that each day has been better than the last.”

Like his team, Collums faces high expectations from Big Blue Nation, which is hungry for another state title. And there’s reasons to think they could compete for one in 2021.

It all starts with a defense that returns a lot of playmakers from a unit that only gave up 96 points in 10 regular-season games in 2020.

The Jags return a pair of stellar linebackers in Vic Hollins and J.T. Evans, a duo who combined for 157 total stops last year.

Sam Rice, Deandre Pullen have also flashed the talent that helped them get on the field as underclassmen last year, and Ethan Carolina certainly looks the part at 6-foot-4 and 200 pounds.

Up front, defensive end C.J. Barney is back after starting every game as a junior and leading the team with 13 tackles for a loss.

In the back end, B.J. Washington is back for his senior year after finishing 2020 with a team-high five interceptions, and Chris Berry and Kelsey Singleton have the coaching staff excited.

“If we can avoid too many injuries, we’re going to have a typical Madison Central defense you’ve seen over the past couple of years,” Collums said. “We’ve got a bunch of guys who are fast and strong who swarm to the ball quick with the ability to deliver a big hit when we get there.”

On offense, the Jags have the personnel to do pretty much anything they want to do, but very little experience.

The Jags struggled initially after Sutton was forced into action as a sophomore, scoring just four touchdowns in his first two games as the starter, but Collums thinks the big junior is ready for a breakout year.

“He’s been great, he really has,” Collums said. “He played baseball in the spring and and they won the state title, so he played into June and missed some of spring. But he picked it up well when he was able to be out there, and he’s progressed every day this fall. In fact, (Friday) was his best day yet.”

Daz Galloway and Sedarrius Davis are the only starters back on the line, but Collums likes what he sees there, too.

The big hole is at wideout and tailback, where the Jags must replace a couple of playmakers, including tailback Duke Arnold.

The good news is the Jags are stacked at tight end. Senior Blake Gunter holds offers from Ole Miss, Tennessee and Florida State, among others, and junior Jake Norris gives them the ability to go with two-tight end sets or use Gunter in more of an H-back role.

“We’ll know pretty quick how things are going to go,” Collums said. “We open with West Jones and Brandon back-to-back at home, then go to Northwest Rankin in Week 3, so we’ll find out what we’re about early in the season. You never know what to expect. It’s happened to me a couple of times in my career — you think your team identity is going to be one thing, but after a couple of games you end up being a different kind of team altogether.”