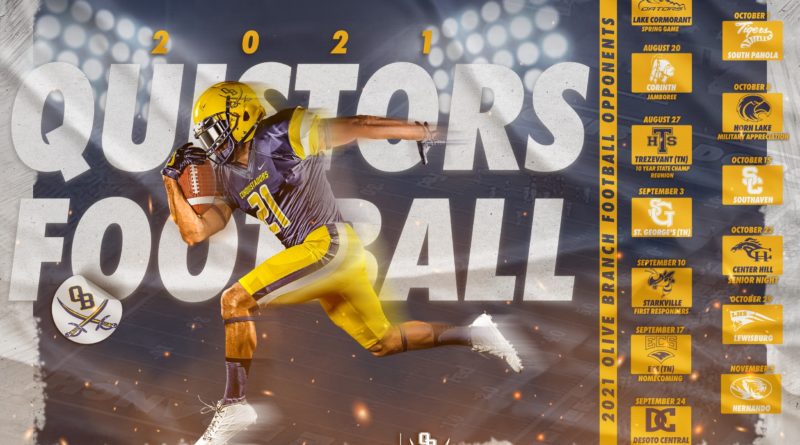 SBLive is previewing the top high school football teams in Mississippi ahead of the fall 2021 season. Here’s an inside look at the Olive Branch Conquistadors.

It didn’t take long for Jason Russell to gain the trust of his new team right out of the gate.

In his first job as a high school head football coach, Russell inherits an Olive Branch program that has been blessed with talent and good fortunes historically, although consistency and stability have been massive issues over the past decade.

Fortunately, Russell knows nothing but consistency and stability, given his track record as an assistant at Oxford and Lafayette.

“The first thing I had to do when I got this job was trust,” Russell said. “I had to see if I was bought into beyond the first year. The talent that has come through the doors of Olive Branch High School cannot be ignored. I really do feel like this is a place where you can win every year. That should be the expectation.”

While evaluating the roster for the first time, one thing stood out overall.

“We have a lot of team speed,” Russell said. “That stands out first and foremost. We also have some maulers that can move the line of scrimmage. We have an opportunity to score from everywhere on the field.”

A few of those riches involve a dual threat quarterback in Brayden Wright and a dangerous threat at receiver named Keyshun Sessom. Tralyn Oliver is expected to complement both in the backfield exceptionally well. All three players reportedly have 4.4-4.5 40-yard dash type speed.

A former offensive coordinator himself in his previous stop, Russell intends to bring in a familiar system while being flexible with his two offensive minds on the coaching staff.

“There’s definitely some aspects of that offense at Lafayette that we intend to bring here,” Russell said. “The main thing we have to do as coaches is adapt to the players we have now. That’s the thing about being a high school coach, you don’t get to choose. You have to get the best 11 on the field and adapt your scheme to those kids and their strengths.”

Defensively, former Super Bowl winner and new Olive Branch defensive coordinator Brandon Jackson is tasked with finding guys to step up at linebacker, a group that will have all new faces in the starting lineup. Their top cover corner from a year ago, Darren Wilson is primed for an outstanding year along with Justin Ratliff and Travis Boyce on the defensive line.

Olive Branch’s new season will begin hosting Memphis Trezavant on August 27, where they will honor the 2011 6A state champion Conquistador football team.