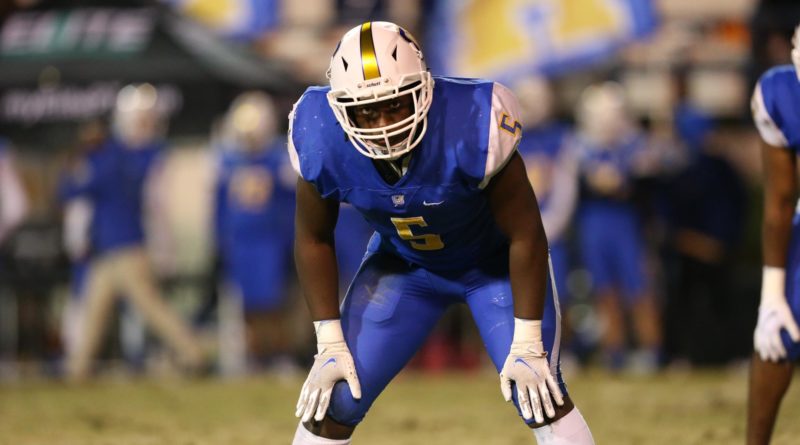 SBLive is previewing the top high school football teams in Mississippi ahead of the fall 2021 season. Here’s an inside look at the Oxford Chargers.

After winning 26 of their last 28 games and appearing in back-to-back 6A state championship games, it is safe to say that expectations for Oxford in 2021 are to play for another gold ball.

Despite question marks in particular positions, the Chargers are loaded across the board with a coaching staff that is arguably among 6A’s best.

“One of the things our coaching staff does an excellent job of is coaching all of our players,” Cutcliffe said. “We coach our talent, our starters the same way we’re going to coach a guy who’s coming out for football for the first time. We try to create high expectations for everyone.”

Michael Harvey and Trip Maxwell worked well together at quarterback last season, with Harvey cementing the starting role late in the season. Both are back and expected to deliver when their number is called.

Perhaps the biggest point of concern is at wide receiver, with three of their top targets gone from a year ago. In their place, expect to see guys like Ashten Shorter, Cashe Shows, Calvin McGlown and Jack Harper to step up and take the mantle.

“One of the things we’ve really challenged our receivers to do is to make a play,” Cutcliffe said. “We’re not always going to make the right call or perfect concept. At some point, as a receiver, you have to create separation and try to make a play, a contested catch. We’ve seen that developing with this group and that has really come on.”

Omar Howell and Roman Gregory make up a dynamic duo at running back with their diverse skill sets and will be aided by an offensive line that is said to be one of the deepest groups Cutcliffe has been apart of at Oxford. Stratton Smith and Bryce Mullen will use their veteran leadership to anchor the group.

Defensively, Alex Sanford was one of the best players in the state last season, recording 116 stops and a slew of tackles-for-a-loss at linebacker. Keegan Wilfawn is another 100+ tackler that will be joined by a few familiar faces, with transfers Ben Goubeaux and Martavious Blackmon at linebacker. In the secondary, Jamal Giles and E.J. Wadley lead a secondary with a few new starters that are expected to make plays right out of the gate.

Oxford will be tested from August to November with one of the toughest schedules in the state. Along with their move to 6A Region 2, they’ll face the likes of Brandon, South Panola, Lafayette and will even cross the state line to face John Curtis Christian (La.) in the Battle On The Border showcase. The Chargers host Brandon to open their season on August 27.

“It makes you play at a higher level week in and week out,” Cutcliffe said. “You really have to come to play every Friday night. We’re trying to do that with our non region schedule and compete at a higher level and be prepared for that region run.”