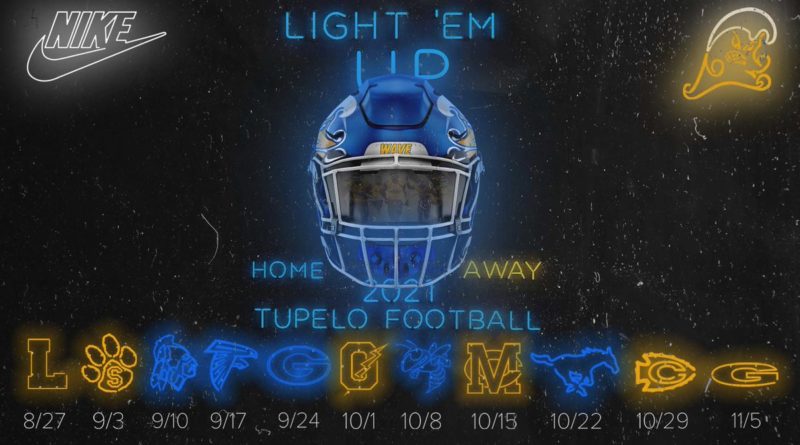 SBLive is previewing the top high school football teams in Mississippi ahead of the fall 2021 season. Here’s an inside look at the Tupelo Golden Wave.

In his first year at the helm of the Golden Wave program, Ty Hardin proved that he can rally his team through adversity new and old.

A 1-3 start wasn’t the plan right out of the gate, but the Golden Wave became “hot as a firecracker” — Hardin’s own words — and peaked at the right time in route to five straight victories and a shot at a district title at season’s end. However, their season ended abruptly, just hours before their first round playoff matchup against Warren Central due to multiple positive COVID tests.

Hardin has a younger squad to work with in 2021, but if last year’s sophomores showed him anything, it’s that they are up to the challenge of replicating last year’s contributions down the stretch along with a roster littered with star talent.

Defense will once again be this team’s strength with arguably one of the best front sevens in the state of Mississippi. Expect Jacarius Clayton and Romero Hampton to attract a lot of attention on the defensive line while Deon Shumpert and Tyler Vaughn are expected to hold down the back end at linebacker.

“We have about six D-linemen that can play college football,” Hardin said. “I’m a defensive-minded guy. We’re going to win championships because of our defense. We’re looking to take the next step defensively this season.”

Fred Adams led the Golden Wave in interceptions last year (4) and is expected to contribute mightily on both sides of the ball.

Offensively, Tupelo loses a lot of production from a year ago, but the return of prized offensive tackle Zay Alexander should make the transition a little smoother.

At receiver, the Wave are loaded with the likes of Kylin Washington, K.D. Gibson, Jalen Moore and J.Q. Witherspoon, whom Hardin referred to as “a stick of dynamite.” The emergence of a true bell-cow at running back and captain at quarterback is still to be determined, but something Hardin is confident will come around soon.

“I like some of the backs we have now because they fit the zone scheme really well. We have some dual threat athletes at quarterback. This spring was great for us. These kids have worked their tail off all summer. I feel like we could play somebody this Friday night,” Hardin said.

Tupelo will be tested early as they travel to Lafayette to open the 2021 season.