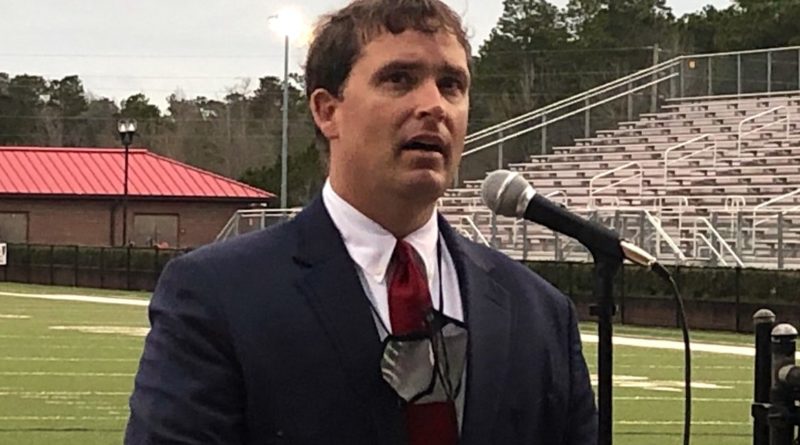 SBLive is previewing the top high school football teams in Mississippi ahead of the fall 2021 season. Here’s an inside look at the Petal Panthers.

Allen Glenn has the tough task at Petal of following in the footsteps of Marcus Boyles, who retired last fall after nine seasons as the head coach of the Panthers.

“I’m very fortunate to get this job,” said Glenn, who was 37-24 in five seasons as the head coach at Amory.

“Petal’s a place you hear about all the way from the Coast to the Tennessee line. Nobody’s going to come in here and replace Marcus Boyles. He’s a guy I looked up to as a young coach, some of his mentors were some of my mentors, especially Bobby Hall.”

Glenn has his work cut out for him, because the Panthers graduated most of their senior skill players from last season.

“I hear about the players that were lost, the skill guys, the quarterback and the wide receivers,” said Glenn. “But we feel good about the nucleus we have coming back.”

The Panthers do return their second-leading rusher from last season in junior Ryan Poole, who ran for 367 yards on a team-high 118 carries. He will be asked to increase his workload this season, as Glenn hopes to build his offense around the ground game.

“We feel good about Ryan,” said Glenn. “He started some games for us last year.

“They threw it a good bit last year, playing to their strengths. We probably won’t throw it as much as last year. I’m a firm believer that to win big, you have to run the football.”

A solid running game will take the pressure of sophomore quarterback Cayden Burger, who won the job in the spring.

“He’s very athletic,” said Glenn. “He can hurt you with his legs and he throws it well enough. He works so hard, he’s a smart kid and he has some good leadership attributes, even as a young kid. I can see him down the line being a tremendous leader for us.”

“I don’t how much we’re going to be able to stretch the field vertically, but we’ve got a pretty good combination of guys who played some last year,” Glenn said.

“Trey Thoms is a long, lean kid that will be an outside receiver for us, and someone who we can line up off the ball and move him around a bit. He’s a big target. We’ve got a good nucleus there; they just haven’t done it on Friday night yet.”

Fortunately, Petal does have experience on the offensive line, led by senior Reed McKay, who will lineup at left tackle. Also back is junior center Braxton Goff, and the Panthers are high on senior Chase Wood, who has played on the defensive line and at tight end.

“All of the guys on the offensive line who will play this year, played at some point last year,” said Glenn. “I feel like we have one of the best offensive line coaches in the state of Mississippi in Pete Holeman. He’s going to have those guys ready to play.”

“The defensive line is probably the strongest unit on our team,” said Glenn. “We have three of our linebackers coming back, and in the back end, we have some kids who got some experience. So, we feel like we have the pieces to be pretty good on defense.”

The secondary is less settled, but Glenn says he has talent in the defensive backfield, led by junior Amari Butler. Glenn said he’ll work Roberts and Thoms in the secondary as two-way players in certain situations.

Petal has the luxury of returning a two-year starter as its placekicker, in senior Nate Jones, who converted 39 of 40 PATs and 7 of 9 field goals.

“Nate brings a lot to the table,” said Glenn. “He’s got a chance to be the top kicker in 6A. We hope that he can kick a few balls into the end zone to help our defense out.”

The Panthers face a difficult schedule, as usual, in preparation for Region 3-6A play. Petal opens the season at home against Hattiesburg and Brookhaven, then has road games at Columbia and Laurel before getting into region.

“We feel like we’re the SEC West of 6A football in Mississippi,” said Glenn. “That’s what you play Friday night for; that’s what you want, to play the best every week.

“I just want to build on the firm foundation that has been laid here by Coach Boyles and Coach (Steve) Buckley, and even back to Bubba Davis. I’m just excited to be here and I can’t wait to get started.”