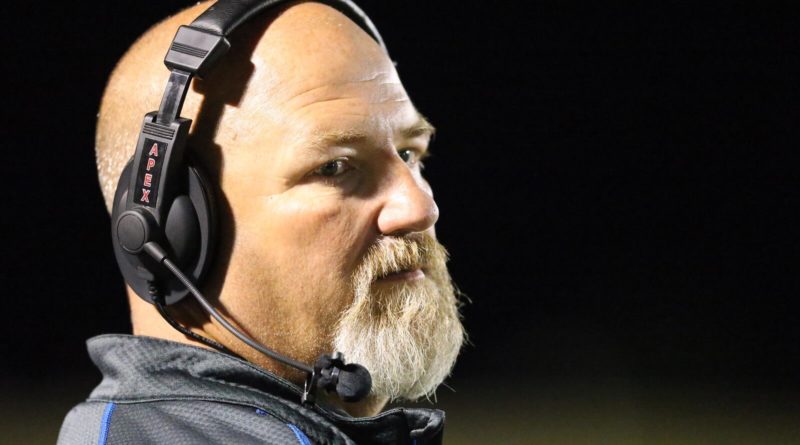 SBLive is previewing the top high school football teams in Mississippi ahead of the fall 2021 season. Here’s an inside look at the St. Martin Yellow Jackets.

St. Martin was a team on the brink last year that didn’t get many breaks down the stretch. The Yellow Jackets benefitted from two forfeits but stumbled to a 4-7 overall record after quarterback Makia Herbert struggled with injuries.

“I think we were all disappointed,” St. Martin’s 10th-year coach Eddie Whitehead said. “We didn’t finish like we wanted to after we let our non-district games get away from us. That had an effect on the rest of our season, but we thought we should have been 7-4 or even 8-3.”

St. Martin currently has three seniors battling it out for the starting quarterback spot. Left-hander Cam Hallahan has the most experience after passing for 540 yards, three touchdowns and nine interceptions a year ago, but Biloxi transfer Blake Smith could win the job if he can get healthy. The other guy in the mix is Evan Smith, who is so athletic that he’ll factor heavily into the offense whether he wins the starting job or not.

Whoever wins the job will line up behind an offensive line that returns three starters — Skyler Stringer, Lane Herndon and Stephen Landry.

Senior tailback Aden Burney is back after averaging 4.2 yards a carry with three touchdowns in nine games a year ago, and Whitehead said he’s excited about what he’s seen out of sensational sophomore Noreel White at receiver.

“Noreel’s six foot, or maybe 6-foot-1,” Whitehead said. “He’s going to grow, but he played both ways for us as a freshman last year and we’re excited to see how good he can be.”

Defensively, the line is the most battle-tested unit.

Defensive end Jaylon Durgon is a specimen at 6-foot-5 and 235 pounds and Christian Connerly has made the transition from offensive tackle to man the other end position. D’marea Price is back at defensive tackle after making five of his 39 stops behind the line last year and Robert Hurd is a load at 6-foo5 and 400 pounds in the middle.

St. Martin could be really good at linebacker too, but it depends on how quickly its two stud sophomores — Xander Krohn and Gavin Allen adjust to starting roles.

Evan Smith is going to man one of the corner positions, but Montrell English and Noreel White will also be in the mix.

One place the Yellow Jackets are in great shape is special teams — long-snapper Brandon Talley and kicker Gabe Showalter are both among the best in the state.

“We’ve got a chance to be good on defense, but we’re going to be young,” Whitehead said. “Probably gonna start six sophomores on that side of the ball, but we’ll be special if we can gel as a unit.”