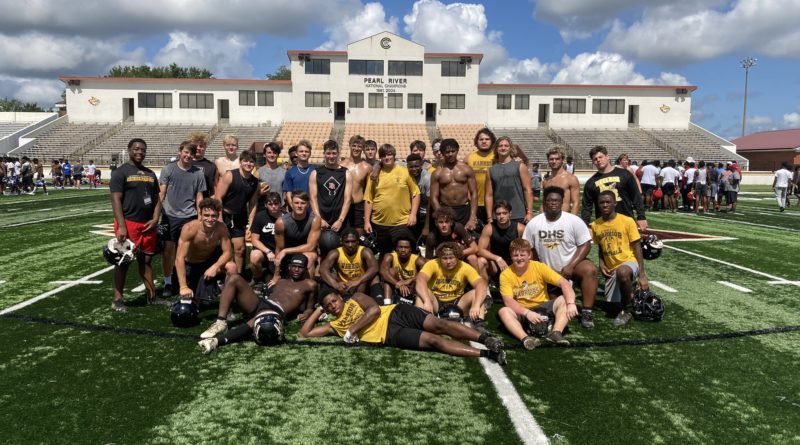 SBLive is previewing the top high school football teams in Mississippi ahead of the fall 2021 season. Here’s an inside look at the D’Iberville Warriors.

Larry Dolan has been around long enough to know you don’t get to coach a team as talented as the one he led at D’Iberville last year very often. In particular, coaching a player like 2020 6A Mr. Football Justin Walley. He also knows success begets success, and that’s part of the reason he’s excited about coaching the largest group of seniors he’s ever had in 2021.

“We had a great year last year,” Dolan said. “Of course, Walley was unbelievable. But as good as it was when we were in the middle of the season, looking back, it was great. We were down to dressing out 47 kids in the South State semifinal against Northwest Rankin — thanks to Covid-19 and some key injuries — and nearly won.”

Now the work begins to replace the production that Walley — a dynamic two-way player who took control of games — brought to the table.

On offense, that starts with a solid running game led by a stable of backs in Dolan’s tailback-heavy scheme.

Senior fullback Drey Lenoir has the most experience there, having rushed for more than 600 yards as a junior last year. Senior Kole Davis and junior Aziyon Abraham have limited experience but serious upside at the wingback positions.

At running back, senior Colton Deshazo is making the transition from tight end and is expected to get the bulk of the carries, but defensive back Caleb Williams is also vying for snaps.

Up front, four returning starters have given Dolan hopes that the line will be the strength of the offense. Big 6-foot-3, 280-pound senior Robert Cook may be the best player on the team after a fantastic spring, and he’s joined by seniors Hunter James, Logan Hanson and Austin Wiggins. Newcomer Caden Kearns has impressed the coaches so far, enough to get the nod at the other starting position.

Senior Lance Garlotte and junior Braylon Serber have been competing alongside transfer Gage Peterson for the starting quarterback position. Peterson moved into the district from Pearl River, La. this spring.

The Warriors don’t throw it a lot, but senior Landon Irby and junior Kashun Johnson appear ready to step up at wide receiver, with Irby serving as a stellar blocker and possession receiver and Johnson providing the deep threat to keep opposing defenses honest.

On the other side of the ball, the front seven has a chance to be the strength of the defense.

Cam Williams is a big-time player and three-year starter at defensive end with offers from several FCS schools, and coaches say his fellow senior Tony Taylor is ready to be a playmaker on the other end of the line. Seniors Jamarcus Graves and Davari Kemp, along with sophomore Shannon Donaldson, will see the most playing time on the interior.

At linebacker, George Marion, Manny Duplessis, Gabe Greene and Jahiem Scott are four seniors who have waited their turn to start.

The secondary is somewhat inexperienced compared to the rest of the bunch. Xander Roberts got a lot of playing time at safety last year, and he’s back, but seniors Taylor Bolton, Jordan Fairley and Devin Spates are all seniors who will get their first significant playing time this year.

Tailback Caleb Williams is expected to play both ways and man the other safety position.

“I think we’ll be good enough to stop the run against most of the teams we play,” Dolan said. “But we have a lot of work to do in the secondary before we play those district games against teams who like to spread the field and stretch the defense.”