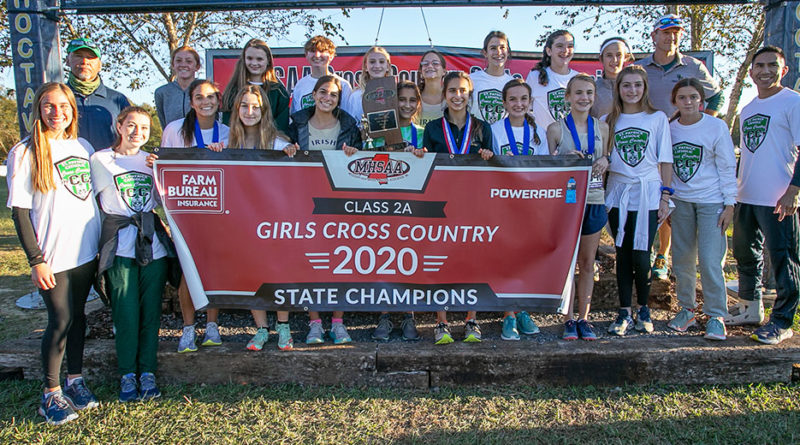 The Fighting Irish had a breakout year in 2A. In addition to their twin cross-country championships and twin track titles, St. Patrick finished runner-up in girls’ soccer and made deep playoff runs in boys’ basketball and volleyball.

The Urchins won two championships and had a slew of sports in which they nearly won more titles. They finished runner-up in baseball, girls’ bowling and girls’ cross country and had deep playoff runs in football and softball.

The school might not have brought home a state title, but St. Joe (Madison) had some big-time success in several sports. The Bruins reached the state semifinals in girls’ soccer, finished third in girls’ swimming, runner-up in boys’ swimming and made the playoffs in boys’ and girls’ basketball, volleyball and baseball.

The Mustangs nearly won two state titles: they finished second in archery and softball. Mantachie also reached the semifinal round in volleyball and made the playoffs in football, boys’ and girls’ basketball and baseball.

The Wildcats were competitive in most sports, but their total score was buoyed by the twin titles in archery and volleyball. Walnut reached the playoffs in boys’ and girls’ basketball and football and finished runner-up in boys’ cross country at the state meet.