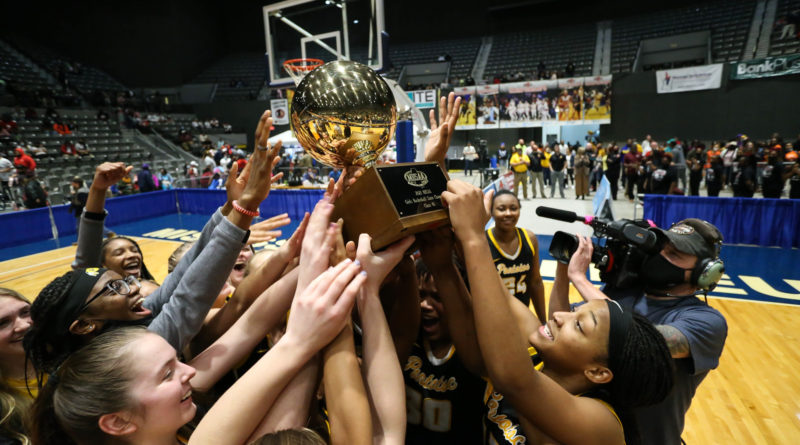 The Warriors made their bones in the school’s traditional wheelhouse: in addition to their two state championships, the school reached the state championship in volleyball and finished runner-up in girls’ track and boys’ cross-country. They also had deep playoff runs in boys’ basketball, tennis and boys’ soccer.

Corinth’s abundance of athletes was obvious over the past year — just look at the sports where the Warriors excelled. Both distance-running programs brought home championships, and they finished No. 1 and No. 2 in boys’ and girls’ powerlifting, respectively. Corinth also had deep playoff runs in volleyball and reached the state quarterfinals in baseball and football.

The Bulldog athletic program took big strides over the past year. New Albany captured two state titles and nearly won two others. The girls’ golf program finished runner-up to Corinth in boys’ powerlifting and Water Valley clipped the girls’ golf team by three strokes at the state championship. Still, both basketball teams made the playoffs and boys’ soccer and volleyball both reached the semifinal round.

Vancleave was the perfect example of being a well-rounded program in the 2020-2021 athletic season. The Bulldogs won the volleyball championship, but only reached the semifinal round in one other playoff sport: softball. The Bulldogs did, however, qualify for the playoffs in baseball, both boys’ and girls’ basketball, football, girls’ soccer and tennis.

The Knights were boom or bust over the last year. They won big in baseball, finished runner-up in girls’ soccer and reached the state semifinals in softball, which really helped their overall score. They are one of the only teams to place in the top five of their respective class, despite missing the playoffs in girls’ and boys’ basketball and volleyball.