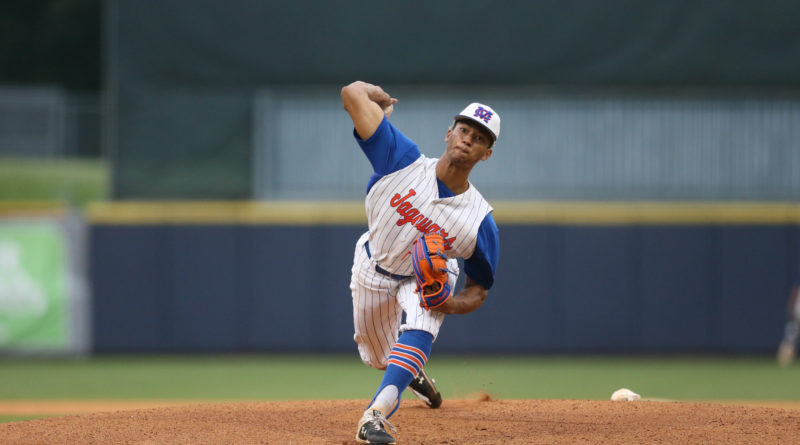 Mississippi might not be the richest state in the country, but it is loaded with baseball talent. The 2021 high school baseball season produced some of the best single-season performances in recent memory which made picking the inaugural SBLive Mississippi All-State teams extremely difficult.

But after talking with coaches around the state, pouring over spreadsheets and watching a whole lot of baseball, here’s our list of the top 28 baseball players in Mississippi for the 2021 season.

Mississippi’s top prospect but an exclamation mark on a fantastic career with a dominant senior season. Montgomery hit .479 in 134 plate appearances with seven doubles, five triples, seven homers and 50 RBIs. He really shined on the mound, where he went 9-0 with a 0.74 ERA in 56.2 innings of work, striking out 116 of the 194 batters he faced and walking just 27. Opposing hitters batter a combined .108 against him.

The Ole Miss signee put together a solid season to lead the Golden Wave to the North State Finals, going 10-1 in 14 starts with a 0.56 ERA in 63 innings of work. The left hander struck out 126 batters, walked just 18 and opposing hitters batted just .117 against him. Elliott was also a prolific hitter, batting .404 over 131 plate appearances with 10 doubles, three triples, four homers and 50 RBIs in 36 games.

The Jaguars’ dependable backstop was also one of the team’s best hitters. Not only did he have 25 assists and limit himself to three errors in 35 games, he also hit .400 over 137 plate appearances with nine doubles, two triples, seven homers and 45 RBIs.

One of the state’s most prolific hitters helped the Jaguars to a state championship in his senior year. He hit .465 over 130 plate appearances with 12 doubles, seven home runs and 55 RBIs. His slugging percentage of .797 was just absurd, and he only committed four errors in 35 games.

Mazza led MRA to the cusp of a state title with his work in the batter’s box, in the field and on the mound. The senior hit .382 in 105 plate appearances with eight doubles, five home runs and 27 RBIs. He made six errors in 66 total chances in the infield and went 8-2 on the mound with a 1.66 ERA, 114 strikeouts and 25 walks in 59 innings of work.

Nation did a little bit of everything for the 6A champs, but he mostly played right field. He hit .382 over 119 plate appearances with a .466 on-base percentage, slugging 16 doubles, three triples and four homers. He committed just one error in 35 games and pitched 22 innings in relief, where he struck out 37 batters, walked 14 and finished with a 2.23 ERA.

The only thing more impressive than the Mississippi Gulf Coast signee’s .455 batting average was his .970 slugging percentage. Carpenter made the most of his 101 at bats with four doubles, six triples, 13 home runs and 41 RBIs.

MRA’s best outfielder was better than good — he was great. Chance hit .465 over 145 plate appearances with 14 doubles, nine homers and 47 RBIs. He reached base on .586 of his 104 at bats, stole 15 bases and scored 48 runs in 38 games without committing a single fielding error. He will play for Mississippi State next season.

The heart and soul of the 5A runner-up Panthers was a hitting machine in his senior season. Smith batted .426 in 133 plate appearances with 10 doubles, six homers and 37 RBIs in 34 games. He drew also drew 32 walks, stole 12 bases and scored 32 runs.

Roth was a plug-and-play type guy for the Chargers this year, and boy did he play. Roth hit .382 over 115 plate appearances with nine doubles, two homers and 25 RBIs in 30 games. He stole seven bases and played several different positions all over the field without committing a single error all season. He was 5-2 on the mound with a 2.54 ERA, 64 strikeouts and 19 walks in 41.1 innings of work.

What more could West Lauderdale coach Jason Smith have asked from Willis? He went 14-1 this season with 99 strikeouts and 20 walks in 74.1 innings and finished the season with a 1.04 ERA. Not only that, he was the winning pitcher in Game 1 of every single playoff series, including the 4A State Championship and gave up a grand total of four earned runs in those five games.

Booneville’s ace pitcher doubled as one of the state’s best catchers. He hit .529 in 140 plate appearances with 14 doubles, five triples and seven home runs. He drove in 46 runs and scored 42 more for the Blue Devils, finished the season with a .643 on-base percentage and committed two fielding errors in 37 games. McCoy also went 9-0 on the mound with a 0.55 ERA over 63.1 innings, struck out 69 batters and walked just 14.

The Pride of Plantersville was splendid in his sophomore season. He hit .443 over 102 plate appearances with a .608 on-base percentage. He pounded out nine doubles and seven homers, drove in 31 runs and scored 32 more in just 26 games. He pitched exceptionally as well, going 5-0 in 53.1 innings over 11 appearances with a 0.79 ERA, 91 strikeouts and 26 walks.

Crumpton excelled after transferring to Oxford, hitting .420 over 113 plate appearances with seven doubles, two triples and six homers as a senior for the Chargers.

Foster was a stud among studs for the 1A Champion Eagles. He hit .475 in 96 plate appearances with seven doubles, six triples and four homers. He drew 30 walks and finished with an amazing .667 on-base percentage. The senior also stole 34 bases and scored 32 times in 26 games.

The Wolves probably doing win 19 games or reach the third round of the playoffs without Tullos, who batted an obscene .521 over 108 plate appearances in his senior season. The big fella pounded out nine doubles and 10 homers, driving in 42 runs and scoring 38 more. He drew 22 walks, reached base at a .676 clip and committed just five errors in 29 games.

Fowler probably could have made this list as a pitcher, but he was also a great outfielder for the Mavericks. The Southern Miss signee hit .467 in 93 plate appearances with 11 doubles, two homers and 24 RBIs in 25 games. He pitched 41.2 innings this season as well, going 5-1 with a cumulative 2.69 ERA, 66 strikeouts and 38 walks.

Bridges was an integral part of the MAIS 6A Champion Patriots lineup. He hit .402 over 129 plate appearances with 10 doubles, two homers and 14 RBIs. He drew 30 walks, reached base at a .563 clip and scored 38 runs in 37 games with 27 stolen bases and just three fielding errors.

Parnell was a big reason the Panthers reached the 5A State Championship series. The highly touted sophomore hit .414 over 136 plate appearances with 14 doubles, five triples, two home runs and 32 RBIs in 33 games. He also stole 11 b

Tapper played a pivotal role for the Jaguars, spending time at first base, in the outfield and on the mound. He hit .386 over 123 plate appearances with 10 doubles, two triples and four home runs, driving in 36 runs in 34 games.