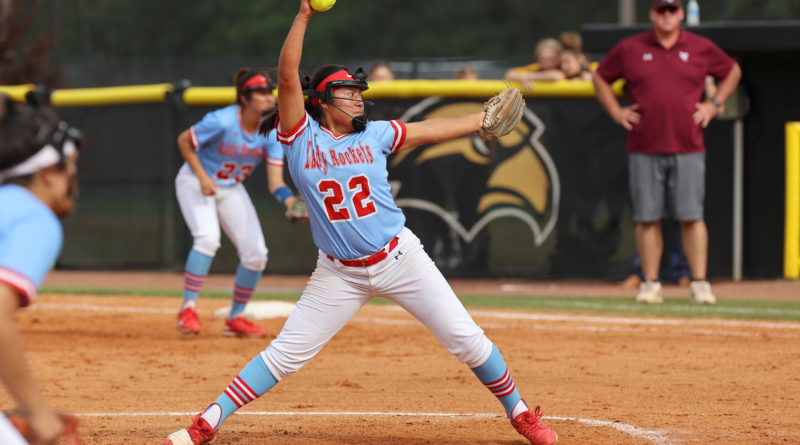 The 2021 Mississippi high school softball season is in the books, and it’s time to recognize the best of the best.

SBLive’s All-State Softball teams feature the best players from all six classifications of MHSAA competition. We tried to stick to the formula of three pitchers, a catcher, five infielders, four outfielders and a utility player for each team, but in an effort to truly recognize the best players, we wound up with six infielders and three outfielders on the second team.

Willis was already one of the most decorated players in Mississippi history, but she capped off her career with a phenomenal senior season. She went 24-0 on the mound with a 1.56 ERA, 121 strikeouts and 29 walks in 130 innings of work. She also hit .548 in 103 plate appearances, drove in 38 runs, slugged seven doubles, three triples and two home runs and finished with a .612 on-base percentage.

Oak Grove’s star junior pitcher was instrumental in leading the Lady Warriors to the 6A finals. She went 22-5 on the mound and carried a 0.97 ERA over 180 innings of work with 233 strikeouts and 45 walks. She also hit .409 over 107 plate appearances with three home runs and 23 RBIs.

Shaw was dominant in the circle for the 6A Champion Lady Tigers. She went 21-1 with 135.2 innings over 22 appearances, striking out 149 batters and walking just 28. Opponents hit just .179 against her.

Led Senatobia to the second round before the Lady Warriors lost to eventual 3A State Champion Booneville. Polk hit .671 over 94 plate appearances with 10 home runs and 45 RBIs and committed just two errors in 27 games for a .974 fielding percentage.

Eyster was the heart and soul of the 6A Champion Lady Tigers. She hit .482 in 137 plate appearances with a .557 on-base percentage and slugged .654 with five doubles, four triples, two home runs and 24 RBIs. She also stole 41 bases and scored 55 runs.

The Lady Rockets’ stellar third baseman was the spark atop the lineup for the 5A Champs. She hit .583 over 118 plate appearances with seven doubles and five triples. She got on base at a .619 clip, swiped 44 bases and scored an insane 63 runs in 32 games.

Carter played a pivotal role for the 6A Champions at second base. She hit .442 over 132 plate appearances with 13 doubles, a triple and five home runs, racked up 43 RBIs and scored 42 runs. She also swiped 12 bases and committed just five errors in 38 games.

Led the Lady Whippets to a 4A State Championship with a .402 batting average over 146 plate appearances with six homers, seven doubles, four triples and 25 RBIs. She also stole 34 bases.

The Lady Titans’ senior captain had a banner season in her final year at Ridgeland, batting .521 in 82 plate appearances with two homers, seven doubles and 11 triples. She struck out just twice all season and stole 26 bases.

The Lady Jaguars’ leadoff hitter was instrumental in leading DeSoto Central to the 6A North State Finals, batting .406 with seven doubles, four triples and three home runs. She scored 35 runs in 33 games.

The Lady Whippets’ sophomore sensation helped Kosciusko to a 4A State Championship Series win over North Pike, batting .405 with a .506 on-base percentage, 14 doubles and six triples. She scored a remarkable 43 runs in 38 games.

Mohler is one of two freshman to earn first-team honors, but her production was undeniable. She helped lead the Lady Tigers to the second round of the playoffs by batting .517 in 93 plate appearances with 16 doubles, two triples and two home runs. She finished the season with a team-high 35 RBIs and 32 runs scored in 30 games.

There aren’t many sophomore team captains, but Ainsworth is special. She hit .600 in 95 plate appearances this year with three homers, 14 doubles, nine triples and 40 RBIs. She played some infield, but caught most games and committed just three errors in 31 games.

Few pitchers were as productive and dominant as Booneville’s sensational sophomore. Burns averaged nearly two strikeouts per inning and pitched 169.1 of them. She finished the season with a 24-1 record and a 0.87 ERA. She also hit .409 at the plate with 10 doubles, a triple, three home runs and drove in 36 runs.

Hernando’s star catcher helped the Lady Tigers to the 6A State Championship by hitting .389 in 117 plate appearances. She racked up eight doubles, four triples and four homers, tallied 34 RBIs and scored 31 runs. She committed just five errors in 38 games.

You’re not going to find many middle-schoolers on the All-State teams, but Germantown’s Glasgow is not like many 8th graders. She hit .468 over 112 plate appearances with 19 RBIs and 24 runs, helping the Lady Mavericks to second round of the 6A Playoffs. She also stole 16 bases and committed just four errors in 28 games.

Raleigh’s senior leader put together a tremendous capstone season, batting .394 in 111 plate appearances with 19 RBIs and 40 runs scored in 29 games. She finished the season with four doubles, three triples and one home run and reached base at a .486 clip.

Yates was instrumental in helping New Site to the second round of the playoffs, hitting .500 in 92 plate appearances with three doubles, six triples and a home run. She swiped a remarkable 32 bases in 27 games, scored 33 runs and drove in 18 more.

Her 116 plate appearances are enough of sample size to know the Lady Rockets’ two-hole hitter is a star. Morris was solid as it gets at second base, hitting .421 with 35 RBIs in 32 games. She’s 14 years old and slugged .558 with five doubles and four triples.

Ramsey did it all for Mantachie this season, hitting .567 in 121 plate appearances with six home runs and 46 RBIs. She also went 3-3 on the mound with a 1.60 ERA with 17 complete games, 275 strikeouts and 32 walks and was dependable at both corner infield positions.

Everett’s .317 season batting average over 90 plate appearances may not stand out on this list, but consider this: Everett drew 25 walks, got on base at a .517 clip and stole 21 bases on 22 attempts. That production led her to score a team-high 40 runs in 26 games and helped the Lady Wildcats reach the second round of the playoffs.

Lake Cormorant didn’t have the kind of success they wanted this season, but it wasn’t for lack of production from its splendid centerfielder. Woods hit .479 over 82 plate appearances with 19 RBIs and 31 runs scored in 26 games. She finished with five doubles and four triples, reached base at a .525 clip, stole 16 bases and committed two errors all season.

The Lady Rockets’ young spark plug pitched some, but she really excelled at the plate in her first season with the varsity squad. Henry batted .400 in 90 plate appearances with a .437 on-base percentage, 12 doubles and two triples. She drove in 19 runs and scored 22 more.

The Lady Chargers’ leadoff-hitting catcher batted .507 in 94 plate appearances with 11 walks, 18 RBIs, seven doubles, three triples and two home runs and helped Grenada to the second round of the 5A North State Playoffs.