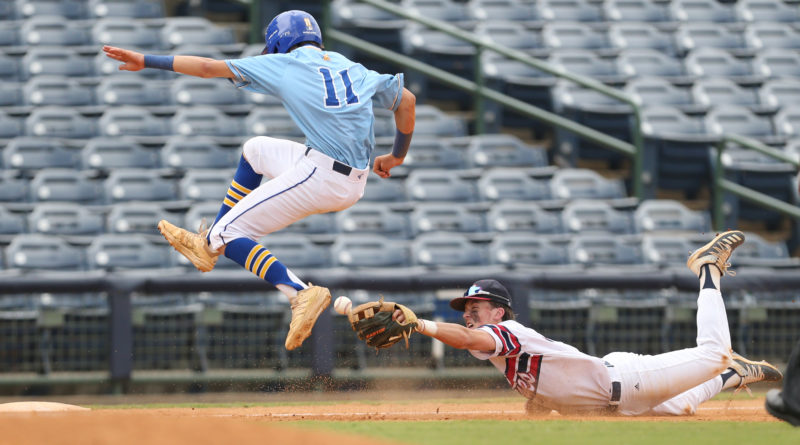 Thanks to a big first inning, the Eagles did just that.

TCPS plated three runs in the bottom of the first and hung on for a 5-2 win over Resurrection Catholic at Trustmark Park in Pearl.

Reddout was as-advertised — he went six innings and gave up two runs (one earned) on six hits and two walks with four strikeouts.

The senior kept the South State Champs at bay, allowing one run in the third and another in the fourth.

“I just made some tough pitches, threw it in there and tried to let the defense play behind me,” Reddout said. “All I had to do was throw strikes and let them put it in play. The three runs early was big. It definitely boosted my confidence.”

Cooper Davis struck out two of the three batters he faced in the seventh to pick up the save.

The Eagles (24-10) got three runs in the first after Khi Holiday singled and Jon Paul Yates reached on an error to lead it off.

Noah Foster laced a triple past the left-fielder to plate two runs, and came home himself on Reddout’s two-out RBI single a couple of batters later.

Foster went 3-for-3 with a walk to lead Tupelo offensively. Yates went 2-for-3 and scored two runs.

“Any time you can score runs in a big game, it’s a good thing,” Tupelo Christian coach Drew Dillard said. “Plus, we average about eight runs a game, so we’re going to score. We just have to give ourselves a chance on the mound, and Daniel Reddout did that for us today.”

Resurrection Catholic starter Cole Tingle settled down after that first inning and put up five scoreless innings before Tupelo Christian added a couple of insurance runs in the sixth.

“Cole hasn’t had a bad outing for us all season, and he didn’t today,” Resurrection coach Johnny Olsen said. “They just squared up four or five balls that weren’t necessarily bad pitches. He gave us a chance to get back in it.”

With the first game in the books, all eyes turn to Thursday’s Game Two matchup. Dillard said he had not decided on a starting pitcher for TCPS. Olsen said Max Askew would take the mound for Resurrection.