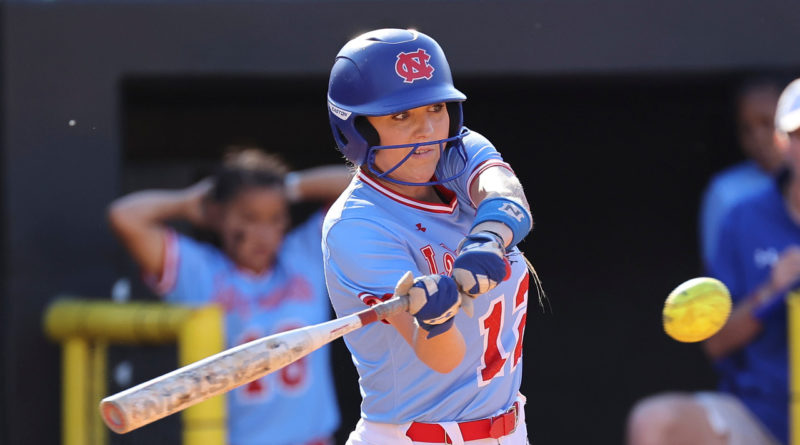 HATTIESBURG — Let’s just change the name of the school from Neshoba Central to Softball High.

After Friday, it only makes sense.

The Lady Rockets ran over East Central 14-2 on their way to an eighth-straight 5A State Championship, sweeping the series and putting the finishing touches on a perfect 32-0 season.

Neshoba Central never trailed in the series, or over the course of the season for that matter. They swept all four post-season series, beating Center Hill by a combined score of 22-1, Grenada 19-1, Saltillo 29-5 and East Central 21-5.

In Friday’s title clincher, they took a 2-0 lead in the first inning on a Kierstyn Thomas RBI single and a throwing error that allowed Mauhree Jones to score.

After East Central cut that lead to 2-1 with a run in the second, the Lady Rockets put up two more runs in the third when Charmayne Morris drove in Tenly Grisham with a line drive to short and Elleigh Willis doubled off the wall in left-center to bring Morris around to score. That stretched the Neshoba Central lead 4-1.

When the Lady Hornets (18-15) responded with a run in the bottom of the third, the Lady Rockets put up three more runs in the fourth.

They continued to pour it on in the fifth, plating seven more runs to put the game out of reach and bring the 10-run rule into play.

“It really helps having a target on our back all the time,” Grisham said. “It makes us come to the park ready to play every day, and I think it makes us want it more.”

Grisham, the Lady Rockets’ junior leadoff hitter, led the way with three hits in four trips to the plate with two RBIs. Kylee Thompson and Jeyda Ben both drove in a pair of runs as well. Morris, Willis and Shante Beaulieu also recorded RBIs.

In fact, a list of players who didn’t contribute Friday would be way shorter than a list of those who did.

Willis was also the winning pitcher, as she was in Thursday’s 9-5 win in Game One. On Friday, she went five innings and gave up two runs (one earned) on three hits and two walks with two strikeouts.

“We’ve had a lot of swing-and-miss pitchers these last couple of years,” Sanders said. “But (Willis) does a great job of putting it where you just can’t square it up and put the barrel on the ball, and that’s what you saw today.”

Kinsey Cochran, Kailee Lawson and Raleigh Tullos each recorded a hit for the Lady Hornets (18-15).

The series loss ended a dream run for East Central, which went 3-10 in its first 13 games before getting hot in the middle of the season and riding that wave all the way to the state championship.

The Lady Hornets did not have a senior on the roster, but won nine of their last 12 in the regular season to earn a first-round bye. They went undefeated in the second and third rounds against Picayune and West Jones, then swept Long Beach in the South State Championship last week.

“We did grow up a lot as a team over the course of the season,” East Central coach Kyle Long said. “We played very well down the stretch, especially in the playoffs. We just ran into a buzzsaw against another really good Neshoba Central team.”