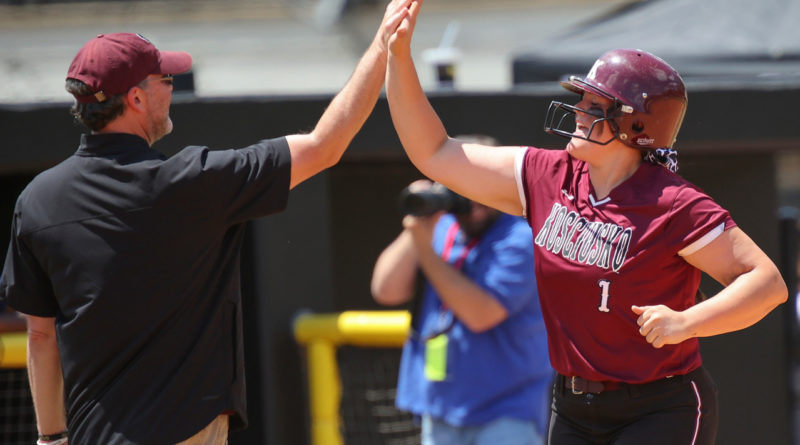 HATTIESBURG — For three innings Friday afternoon, it looked like North Pike was on its way to a sweep in the MHSAA 4A Softball Championship series.

Kosciusko had other plans.

The Lady Whippets erased an early 2-0 lead and exploded for 13 hits to beat North Pike 13-7 and force a decisive Game Three.

The series is scheduled to resume at 11 a.m. Saturday.

“We didn’t hit the ball much better today than we did yesterday,” Kosciusko coach Tony Terry said, referencing the 13 hits the Lady Whippets put up in a 9-5 Game One loss Thursday. “But today, we got the hits when it mattered and took advantage of the opportunities. That was the difference.”

Friday’s game was, in many ways, like a black-and-white negative of Thursday’s Game One. In that game, North Pike put up runs in the third, fourth and fifth inning, then poured it on late with six runs in the sixth.

On Friday, it was the Lady Whippet’s turn.

Kosciusko (27-10) plated a run in the fourth, four in the fifth, three in the sixth and five more in the top of the seventh — highlighted by Schuler’s grand slam over the left field wall.

There were so many heroes for Kosciusko Friday. They got home runs from Mary Kimble Price and KC Shuler, who both drove in four runs, and RBIs from Campbell Blaine, Gracie Williams, Maicee Coleman and Emma Rush.

“We knew we had to win today, but we didn’t feel a whole lot of pressure because we’ve been in this situation before,” Price said. “We came back from being down 0-1 in North State (against West Lauderdale), so we knew we were capable of coming out here and doing it again.”

North Pike (24-12) tried everything to stop the bleeding in the late innings. They changed pitchers three times without finding anyone who could slow down the Lady Whippets.

The Lady Jags hit the ball well — including two home runs — they just didn’t get enough of them. Meredith Bates’ two-run homer put them ahead 2-0 in the first inning, but the game was too far gone by the time Joli Spears launched a three-run bomb in the bottom of the seventh.

“We came out hot and I thought we were going to pick up right where we left off yesterday,” North Pike coach Sonya Wallace said. “But they jumped on us pretty good after that and we just couldn’t slow it down. But we’ll regroup and come back tomorrow ready to play.”