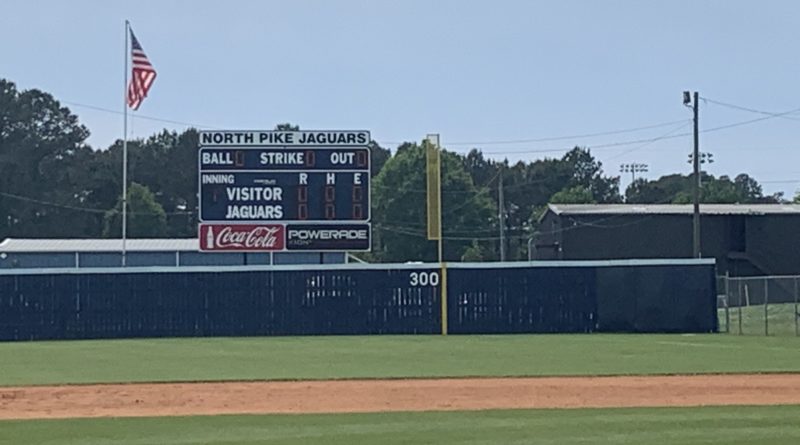 The second round of the 2021 MSHAA 4A baseball playoffs are in the books, and the number of teams chasing a berth in the North and South State Championships is down to eight.

Here’s a look at where we stand headed into next week.

Cade Dedeaux, Sumrall: Went 1-for-2 in the Bobcats’ 7-6, walk-off win over Vancleave Thursday night with two walks and a a home run. He finished with two RBIs and scored the winning run in the bottom of the seventh inning.

Jud Files, Mooreville: Pitched a complete-game to help the Troopers beat Kosciusko in Friday night’s series opener. He gave up one run on four hits and six walks with 12 strikeouts.

Tristan Hickman, Stone: Went 2-for-3 in the Tomcats’ 12-0 win over Poplarville Thursday night with a double, a home run and two RBIs.

4A North
Corinth vs. West Lauderdale
Ripley vs. Mooreville/Kosciusko

4A South
Purvis vs. Stone
Sumrall vs. North Pike

All of the major contenders are still in the hunt in 4A, with the notable exception of Vancleave. The Bulldogs drew a very tough matchup in the second round against Sumrall, and the Bobcats’ walk-off win in Game One of that series was a back-breaker.

The Bobcats didn’t leave anything to chance in Friday night’s Game Two, with 10 hits and 10 walks in a 15-7 romp.

North Pike had won 20 of its last 21 games when Newton County blanked them in the second game of that series, but the Jaguars bounced back with a big 8-4 win Saturday in Summit to take two out of three and advance.

Now, the Bobcats and Jaguars will square off next week in one of the more anticipated matchups of the season.