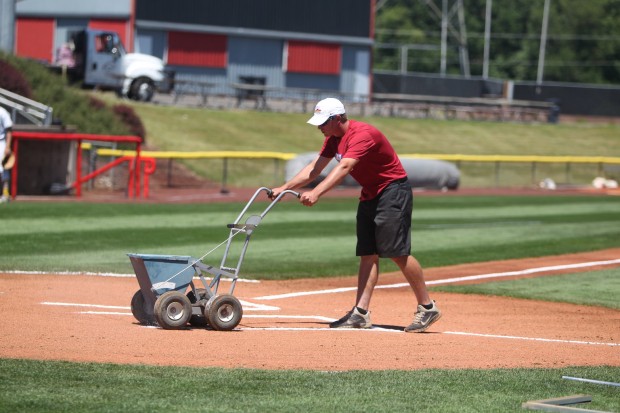 The second round of the MHSAA 1A Baseball Playoffs wrapped up Saturday evening, with Pine Grove clinching the eighth and final ticket to the third round. Here’s a look at where the 1A playoffs stand moving forward.

Nick Arender, Stringer: He went off in the Red Devils’ 7-1, series-opening win over Sacred Heart, going 2-for-4 with a home run and two RBIs and pitching seven innings, giving up one earned run on three hits and four walks with seven strikeouts. He also tripled and drove in two runs in the second win Friday night.

Jacob Broome, Richton: Went 4-for-6 at the plate with two home runs and six RBIs in Friday night’s 21-5 win over McEvans. He also pitched a complete game that night, striking out 13 while allowing one earned run on seven hits and three walks. He also doubled and drove in two runs in Friday’s 15-1 win.

Jack Eaton, Biggersville: Went 2-for-3 with a home run and five RBIs in the Lions’ 11-0, series-opening win over Hickory Flat Thursday night.

Alex Schuster, Ethel: Went a combined 3-for-7 in back-to-back wins for the Tigers over Sebastopol, stole two bases and homered in both games.

Jack Schnoor, Resurrection: Went 2-for-3 at the plate with a home run and six RBIs in the Eagles’ 12-2, series-opening win over Simmons Thursday night. He went 2-for-3 with two runs scored in Friday’s win.

Josh West, Hamilton: Pitched a complete game in Hamilton’s 10-4, series-opening win over Baldwyn Wednesday night, allowing one earned run on eight hits and two walks with four strikeouts. He also went 2-for-4 with a home run and four RBIs in the Lions’ 12-1 win Friday.

1A North
Hamilton vs. Pine Grove
Biggersville vs. Tupelo Christian

1A South
Ethel vs. Resurrection
Stringer vs. Richton

In the North, all the top dogs rolled in the second round. Biggersville beat Hickory Flat and Hamilton dominated Baldwyn.

Both sweeps were impressive, but Tupelo Christian looks to be on another level. The Eagles outscored Vardaman by a combined series score of 27-2 and looked good doing it. Now they’ve got a great third-round matchup with Biggersville, which has won 15 games in a row going back to March 22.

It was all blowouts in the South, even the Stringer – Sacred Heart series everyone thought would be much closer. The Stringer – Richton series in the third round promises to be way more entertaining.