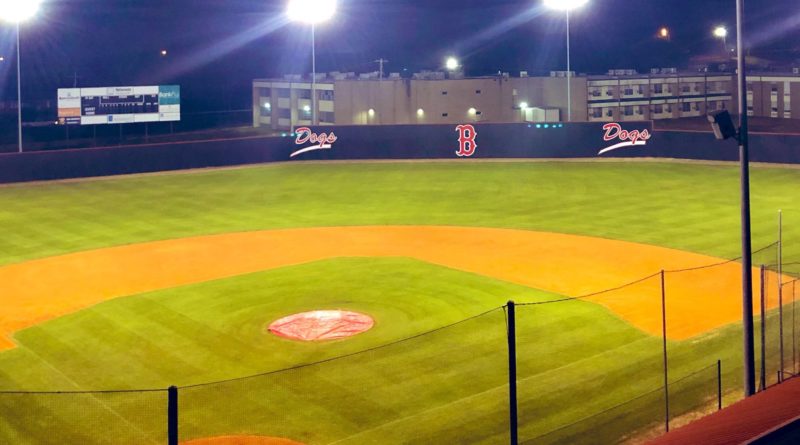 Behind the hitting of Colton Hegwood and a big fourth inning, the Bulldogs raced past Oak Grove 16-6 in six innings in Game Two of the Second Round of the MHSAA Class 6A baseball playoffs on Saturday night.

“I preached to the guys before the game that we had to find a way to win every inning,” said Brandon coach Daniel Best. “We were able to hit the ball well and get people on base and put pressure on them and good things happen when we have runners on base. We did a good job of being aggressive on the bases tonight.”

The Bulldogs (23-10) took an early 2-0 lead in the first inning on a solo homer by Colton Hegwood and an RBI groundout.

Oak Grove (20-5) scored four runs in the top of the fourth inning highlighted by a three-run home run by Joseph Clearman to give the Warriors a 4-2 lead.

Brandon responded with eight runs on four hits in the bottom of the inning and capitalized on three Oak Grove errors to take a 10-4 lead. Hegwood had a two-run single in the inning.

The Bulldogs scored three runs in the fifth and three more in the sixth for the 10-run rule.

Hegwood finished a triple shy of the cycle and had four RBI’s.

“Had a rough game last night and tonight just had to do what I could do to help the team,” Hegwood said. “The fourth inning was the same thing that happened last night we were just able to bounce back better.”

Walker Hooks (4-4) got the win on the mound for Brandon.

“We did a good of responding and forcing a Game 3. Get to live to play another day,” Best said. “Neither team is going to lay down, so we better come ready to play.”

Micah Daniel took the loss on the mound for Oak Grove.

“We were fine until the fourth inning and we made all those errors and gave them all those runs and didn’t recover,” said Oak Grove coach Chris McCardle. “Give them credit, they came out fighting and they are a really good team. It’s 6A baseball playoffs and we’ve made 12 errors in two games, and you’re not going to win many games not playing good defense. Now we got Game Three at home, so we will be ready.”