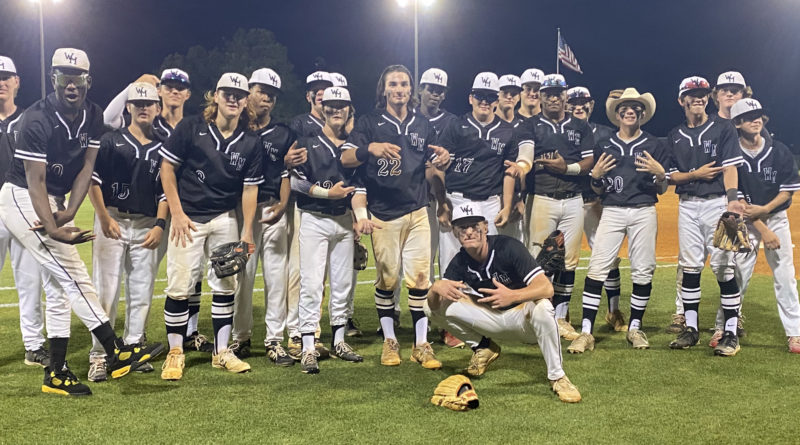 RIDGELAND — Miles Maliden has been solid for West Marion all season, and Friday night was no different for the Trojan right-hander.

Maliden scattered two hits over 6.1 innings of work, walked three and struck out 11 Saints hitters to run his perfect record to 9-0 and push the Trojans into the third round of the MHSAA 3A South Playoffs with a 12-0 win at Barkett-Cummings Field. The Trojans won game one Thursday night, 5-1.

West Marion (23-3) will face Clarkdale (26-5) in the third round after the Bulldogs wrapped up their second-round series sweep of Yazoo County Friday night.

“Really proud of our guys for their effort tonight,” West Marion coach Derrick Jerken said. “Their starter was pitching well and giving us some problems, but we put together a bunch of quality at-bats and got his pitch count up and got into their bullpen late in the game.”

The Trojans took a 2-0 lead in the first inning after Jayden Duncan doubled home a run and Cole Crozier drew a bases-loaded walk.

St. Andrew’s starter Matthew Azordegan settled down after the first inning, and retired 11 of the next 12 batters he faced to keep the Saints in the game.

But Maliden never let up. The Saints put runners in scoring position in the third, fifth and sixth innings, and each time, the senior right-hander made the pitches he needed to make to get out of the situation.

“My slider was working for me tonight,” Maliden said. “And when I can get that thing going, I usually pitch pretty well. But I pitched well early and that gave me confidence, and I was able to keep them off-balance pretty much all night.”

The Trojans’ lead was still just 2-0 headed into the sixth inning, but Azordegan had to come out of the game, and things unraveled from there for the Saints (20-11).

Reliever Andrew Carron got tagged for four earned runs — two in the top of the sixth and two more in the seventh — and fielding errors in the final frame put the game out of reach, as West Marion scored eight runs to put the game away.

Trojan leadoff man Josh Boone had three RBIs on two hits, Duncan doubled twice and drove in a pair of runs and Tre’ Broom went 2-for-4 with a double with two RBIs.

“The better team won tonight and won the series,” St. Andrew’s coach Mark Fanning said. “They were the better team, and then they played better than we did. I thought we matched up fairly well with them on the mound, but our guys had to face a much tougher lineup than they did.

“Ultimately I’m so proud of what our guys accomplished this year in what was essentially a complete rebuild.”