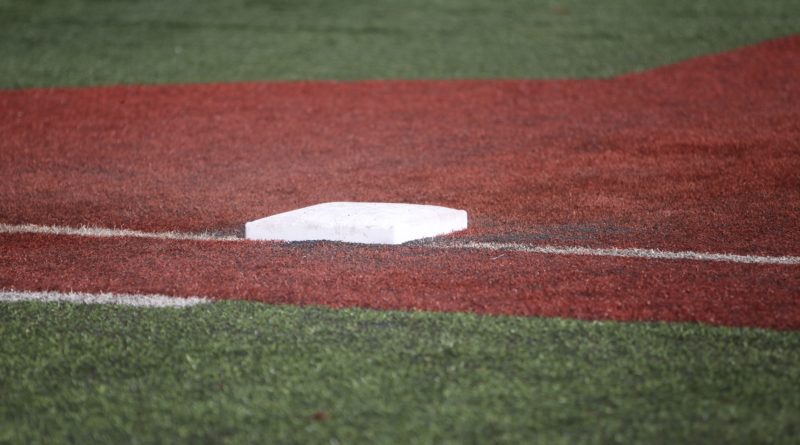 BRANDON — The Bulldogs are moving on to the second round.

Behind strong relief efforts from Seth McCartney and Josh Sullivan and a big game from Mo Little, Brandon erased a five-run deficit to beat Ocean Springs 7-5 in a winner-take-all game Wednesday night.

With the win, the Bulldogs (22-9) advanced to the second round of the MHSAA 6A Playoffs, where they’ll face Oak Grove (21-4). The first game of the series is set for 7 p.m. Thursday night at Oak Grove.

“We got down 5-0 and I saw some guys taking some big cuts like they were going to get us back in the game with one swing,” Brandon coach Daniel Best said. “I told them just to calm down and try to win each inning, each at-bat. Really proud of the guys and how they stuck with the game plan.”

Ocean Springs (13-13)  jumped all over Brandon starter Will Martin in the first inning. Jak King reached on an infield single and catcher Brayson Hubbard following with a two-run homer to dead center field to put the Greyhounds on top 2-0 before the Bulldogs ever recorded an out.

Brandon senior Seth McCartney took over for Martin and immediately ran into trouble in the second inning when the Greyhounds sandwiched a Tanner Beaugez single between a couple of walks to load the bases with one out.

Branson Branom came home to score on a wild pitch, and Hubbard delivered a seeing-eye single up the middle to bring home Beaugez and King.

Just like that, the Greyhounds led the Bulldogs 5-0 after two innings.

But McCartney — who was the winning pitcher in the Bulldogs’ game-one win — settled down and started mowing down hitters. After the trouble spot in the second, the senior retired 11 of the next 12 batters he faced.

They picked up one run in the bottom of the third after Andrew Jones led off with a single. Colton Hegwood laid down a bunt to advance the runner, but the throw down to the first was wide of the bag and sailed into right field, allowing Jones to score all the way from first base.

They picked up two more runs in the fourth after Jacob Keys and Mo Little both reached base to start the inning on a hit-by-pitch and single, respectively.

Ocean Springs pitcher Brock Cantrell struck out the next two hitters, but Keys came home to score on a passed ball and Jones singled to right to bring home Little from third.

That cut the Ocean Springs lead to 5-3.

The Bulldogs closed that gap and went ahead in the fifth inning. Little drove in a run with a single to centerfield, and Jones knocked in another run and reached himself on fielding error on a hard ground ball to first base to tie the game.

That brought Hegwood to the plate with the bases loaded and two outs. The senior delivered the go-ahead run in the way of a walk after falling behind in the count, 1-2.

“He was coming with the fastball because he had some good velocity on it,” Hegwood said of Ocean Springs pitcher Reid Jackson. “He threw it on 2-2 and didn’t get the call on the outside corner, and I knew he was going to throw it again. I could tell he wanted it.”

Jackson did come with the fastball, but it was off the plate and gave Hegwood the go-ahead RBI.

The Bulldogs added an insurance run in the bottom of the sixth when Little drove a ball deep enough to left field to score Hayden Sullivan from third.

Brandon finished the night with six hits. Jones and Little both had two-hit games. The go-ahead RBI walk from Hegwood was his second of the night. Brandon’s Josh Sullivan slammed the door by striking out two of the six batters he faced to end the game.

The loss closed the book on the season for Ocean Springs, which had battled back from a 3-1 loss in game one with an 11-1 win in game two.

The trio of starter Brock Cantrell and relievers Alberto Torres and Reid Jackson gave up just two earned runs on five walks and six hits, but three Greyhound fielding errors were too much to overcome.

“We’re young pretty much everywhere,” Ocean Springs coach Brian Rea said. “I was really proud of the guys and the way they battled, especially three hours from home in an environment like this one. This was a great atmosphere for baseball tonight.”