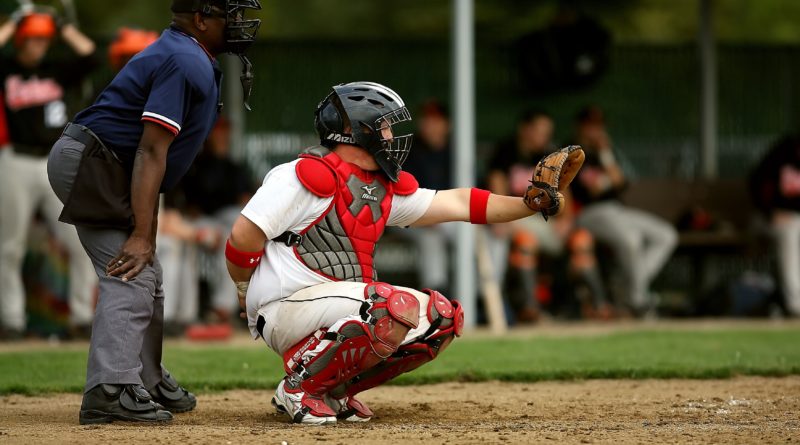 Here’s a breakdown of where we stand headed into next week in the MHSAA 6A baseball playoffs.

The Golden Wave rolled through the first round with back-to-back wins over Warren Central.

In game one Friday night, Hunter Elliott tripled and homered, drove in five runs and pitched five innings without giving up a hit in a 13-1 win over Warren Central.

Mason Morris got the ball in Saturday’s second game, and held the Vikings to one run on four hits with seven strikeouts in an 11-1 series-clinching win. Easton Hood was 2-for-3 with four RBIs for the Golden Wave.

The explosive DeSoto Central offense went off in their first-round playoff sweep over Clinton.

The Jaguars won game one Thursday night 19-7 behind a big offensive night from the heart of the DeSoto lineup. Andrew O’Neal went 2-for-4 with a double and four RBIs, and Gavin Brassfield drove in three more runs.

On Friday night, Brock Tapper got the Jags going in game two with a two-run homer in the second inning, and they held on for a 6-4 win. Bradley Loftin went six innings and held Clinton to two earned runs on five hits with six strikeouts and a pair of walks.

The Hurricanes stormed into the second round thanks to stellar pitching and timely hitting against a good Petal team, winning two one-run games Thursday and Friday night.

Brennan Jones went the distance in the 2-1 win in game one, allowing just one earned run on five hits and five walks to get the win. Neither of the Canes’ two runs were earned, but Jace Ochoa walked twice and came around to score both times.

Kolten Scott and Elijah Carriere both drove in runs in the 3-2 win in game two. Neither of the two runs winning pitcher Blake Necaise gave up were earned, and he struck out seven in seven innings.

The Red Rebels are moving on to the second round after sweeping two games from George County Thursday and Friday night.

They won the first game behind a strong pitching performance from Christian Turner, and allowed just two unearned runs on three hits and three walks with six strikeouts. Shaun Cochran, Hayden Enroth and Jaden McCray all drove in runs.

The Red Rebels didn’t give up an earned run in Friday’s 8-2 win either. Kannon Varnado worked around six hits and a couple of walks in six innings of work, and Tri Gaughf finished it. Varnado and Hayden Enroth both drove in a pair of runs.

The Tigers swept a couple of games from Southaven to move on to the second round. They walked away with game one in an 8-1 win, then Dre Moore drove in three runs and Jensen Presley doubled twice and finished with two RBIs in a 7-4 game two win for the Tigers.

The Tigers get a tough draw against top-ranked Madison Central in the second round.

The Bulldogs got a strong performance on the mound from Seth McCartney, who tossed a complete game, scattering two hits, one earned run, walked two and struck out nine. Andrew Jones and Williams each had two hits to lead Brandon (21-8) offensively.

Game two is set for Monday night in Ocean Springs.

The Yellow Jackets scored the winning run on a throwing error in Saturday night’s 5-4, series-opening win. Dane Dutil and Anthony Foto both drove in a pair of runs. Foto also pitched three clean innings in the middle of the game to right the ship. Landen Payne was credited with the win.

Game two in the series is set for Monday night in Pearl.

Banks Perry beat Ethan Spencer in a pitchers’ duel Friday night, as the Yellowjackets opened the series with a 4-3 win on the road. Brennon Wright, Jackson Owen and Xavier Sherman all drove in runs