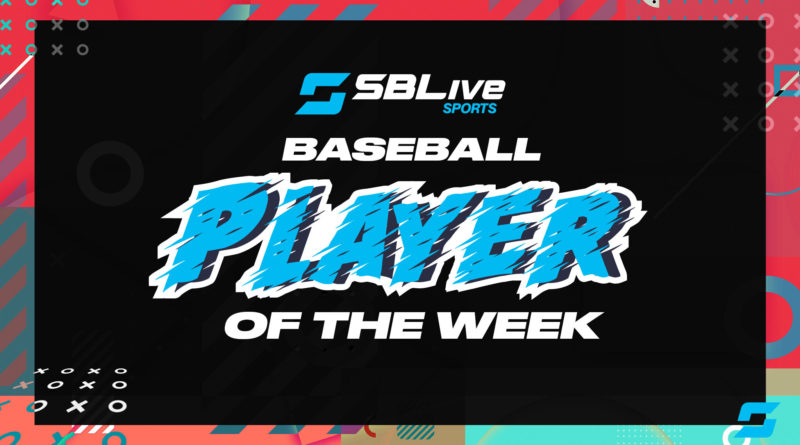 Congratulations to Clarkdale junior Walker Swearingen for being voted SBLive’s Mississippi High School Baseball Player of the Week for March 22-28!

The junior was impressive on the mound and at the plate, throwing a complete game and going 3-for-3 in Clarkdale’s 16-0 win over Raleigh on Friday.

Swearingen ran away with this week’s honor, receiving 91.52% of the total vote.

Here are the other athletes who were nominated for March 22-28:

Gray Bane, Lewisburg – Went 4-for-8 with three doubles and drove in three runs in back-to-back wins over Lafayette and Horn Lake.

Kade Carpenter, Vancleave – Went 4-for-6 with a double and a triple and drove in five runs in back-to-back blowout wins over Moss Point.

Bryce Chance, Madison-Ridgeland Academy – Went 4-for-7 with three doubles and drove in three runs in back-to-back wins over Copiah Academy.

Kelly Crumpton, Oxford – Went 4-for-10 at the plate with two home runs, a triple and 5 RBIs in three wins for the Chargers.

Hunter Elliott, Tupelo – Went 6-for-13 with two doubles and drove in six runs in a 3-1 week for Tupelo. Also struck out 12 batters in five innings of work on the mound in a 4-1 win over Starkville.

Brayden Jones, Madison-Ridgeland Academy – Scattered two hits over five innings of work on the mound without giving up a hit, tallying 10 strikeouts and no walks in a 13-1 win over Copiah Academy.

Kros Sivley, Sumrall – Picked up the win in a 1-0 win over Poplarville, scattering five hits over seven innings and striking out eight batters without giving up a run.

Brady Thomas, Northwest Rankin – Went 4-for-7 with two doubles and drove in four runs in back-to-back blowout wins over Terry.

Jaylon Buckley, Union: Buckley threw a complete-game no-hitter to lead Union to a 5-0 win over Sebastopol on Friday. He struck out 13 in the win.