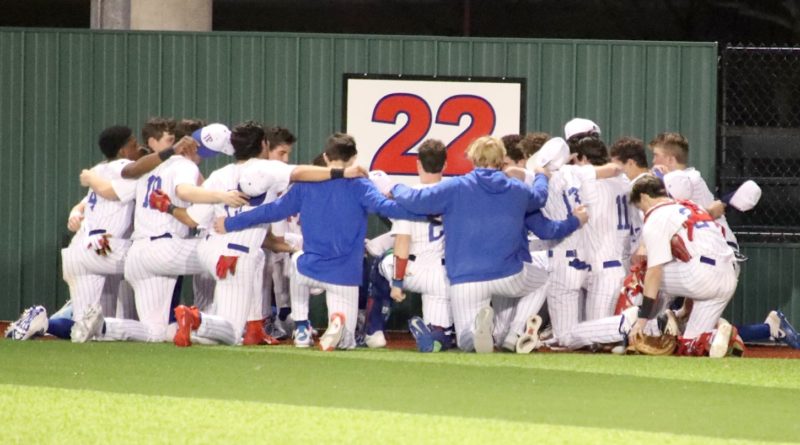 FLOWOOD — All it took was one big inning.

Jackson Prep plated seven runs in the bottom of the sixth inning in the decisive Game 3 to invoke the 10-run rule in a 14-4 win over Madison-Ridgeland Academy in a key MAIS Class 5A all-Patriot conference baseball series on Friday.

“I challenged the guys and let the bats come alive,” said Jackson Prep coach Brent Heavener. “We were able to put pressure on them and we got timely hitting.”

In the sixth inning, Prep got runs off a RBI single by Matthew Cochran, a throwing error and three bases-loaded walks. Riley Maddox’s RBI walk ended the game.

MRA made seven errors in the game.

Mississippi State signee Jeffrey Ince had a single and a double with two runs scored to lead the Prep offense.

“The first at-bat, I was able to get the bunt down and beat the throw, and the second at-bat I was looking fastball and got a good barrel,” Ince said. “We got hits and capitalized on their mistakes to add on runs. This is a huge series win for us.”

“We set the tone early when we made errors in the first inning,” said MRA coach Allen Pavatte. “We left too many men on base and continued to make errors and in big games you cannot do that.”

MRA was forced to forfeit their 3-1 win on Tuesday night after pitcher Niko Mazza threw 119 pitches. The MAIS pitch limit rule is 110 pitches.

“Take away my mistake in Game 1 and we win the series, but just unfortunate the way it worked out,” Pavette said.

In Game 2 of the series earlier in the day, MRA’s Braydon Jones turned in a stellar performance on the mound.

MRA picked up runs in the first, fourth and fifth innings.

Jones tossed six and two-thirds innings, giving up just two hits and one earned run to improve to 5-0 on the season.

“Braydon did a very good job keeping us off balanced,” Heavener said.