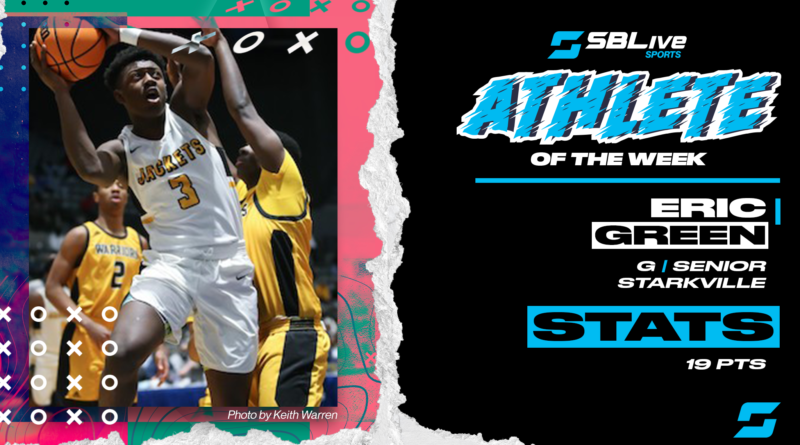 Green scored a game-high 19 points in Starkville’s loss to Clinton in the 6A state title game.

Here are the other athletes who were nominated for March 1-7:

Kimani Hamilton, Clinton: Hamilton had 14 points and 14 rebounds and was named the game’s most valuable player as he led the Arrows to a 56-51 win over Starkville in the 6A state championship. It was Clinton’s first state title since 1993.

Cam Smith, Biggersville: Smith drilled a 3-pointer at the buzzer to lift Biggersville to a 47-46 win over Ingomar in the 1A state title game. Smith finished with 16 points and was named the game’s MVP. His shot was featured on ESPN’s SportsCenter as the No. 1 play of the day on Thursday.

Allen Hughes, Clinton: Hughes led Clinton with 16 points in their 56-51 6A state title victory over Starkville

Damaurian Edwards, Lanier: Edwards hit the overtime game-winner to lift Lanier over Pontotoc in the 4A semifinals, then scored 11 points and was named the game’s MVP in Lanier’s win over Raymond in the 4A state title game.

Jabarie Anderson, Raymond: Anderson scored a game-high 21 points in Raymond’s loss to Lanier in the 4A state title game.

Zach Shugars, Ingomar: Shugars scored a game-high 23 points, including an incredible go-ahead 17-footer with less than 4 seconds to play, in Ingomar’s heartbreaking loss to Biggersville in the 1A state title game.