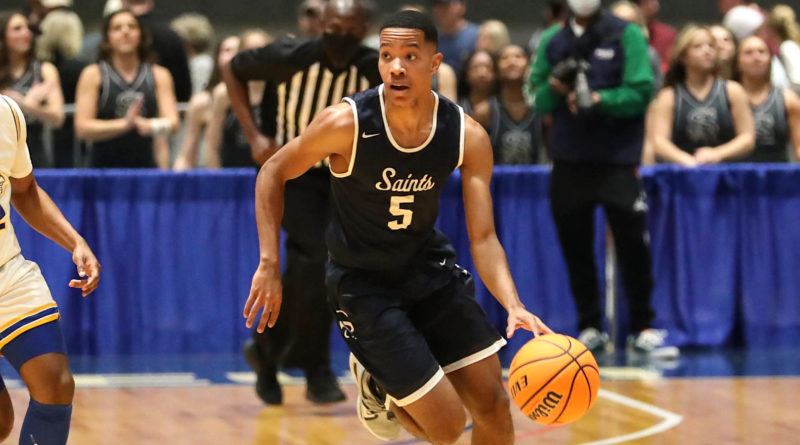 With the 2020-2021 Mississippi high school boys basketball season wrapped up, it’s time to hand out some awards.

With dozens of worthy candidates, the teams were tough to put together. But these 15 players stood above the rest. Congratulations to all.

We didn’t get to see enough of him this year, but the state’s highest rated prospect did not disappoint. The Ole Miss signee averaged 32.5 points a game for Callaway and helped the Chargers to a 10-1 overall record.

Hamilton was the engine for the 6A Champion Arrows and one of the best players in the state. He scored 22 points in a semifinal win over Harrison Central and finished with 14 points and 14 rebounds in Clinton’s 56-51 win over Starkville in the title game.

What’s left unsaid about Bolden? He averaged 26.5 points a game, led St. Andrew’s to a 22-2 record and picked up his third MHSAA State Championship in four years.

Hubbard was a beast all season for the MAIS Overall Tournament Champion Patriots. He dropped 36 points in the tournament championship to help MRA beat Greenville Christian 77-72.

Ree made things go for Terry, which didn’t play many games due to COVID-19. When they did play, Ree averaged better than 20 points per game and helped the Bulldogs to a 9-6 record. As a junior, he committed to LSU in December.

Barnes averaged 16.3 points a game and helped Oak Grove to an 18-4 record as a junior. He scored 20 points in the Warriors’ 64-51 loss to Starkville in the 6A Tournament Semifinal.

Carter did it all for Florence in his senior year, averaging 30.1 points a game and leading the Eagles to a 20-1 record on the court. He fought through double teams to score 15 in Florence’s quarterfinal loss to eventual 5A champion Lanier.

Green was Starkville’s leading scorer and helped the Yellowjackets to a 19-3 record. He dropped 19 points in Starkville’s loss to Clinton in the 6A Championship

Mitchell capped his stellar high school career by leading Forest Hill in scoring and led the Patriots to a 21-2 record.

Laws averaged 17.8 points and eight rebounds a game for Center Hill as a senior, leading the Mustangs to a 21-10 record and the third round of the 5A State Tournament.

Hughes was a nice surprise for Clinton. The junior sharpshooter averaged better than 15 points a game and helped Clinton clinch the 6A Championship. He led all scorers in the title game with 16 points in a 56-51 win over two-time defending champion Starkville.

Brooks averaged 17.8 points and 8.8 rebounds a game for the Gators, helping them to a 20-8 record and a second-place finish in the MHSAA 5A State Tournament.

Smithey averaged 17.1 points and 11.3 rebounds a game for Ingomar and helped the Falcons to a 29-6 record and a second-place finish in the MHSAA 1A State Tournament.

Smith was the season MVP of MAIS Class 4A and helped the the Saints to a 24-1 record. He scored 33 points in the MAIS Overall Tournament finale against MRA.

Williams and Harrison Central didn’t have the kind of season we thought he would, but he still averaged better than 15 points a game and led Harrison Central to a 21-6 record and a berth in the 6A State Tournament Semifinal.