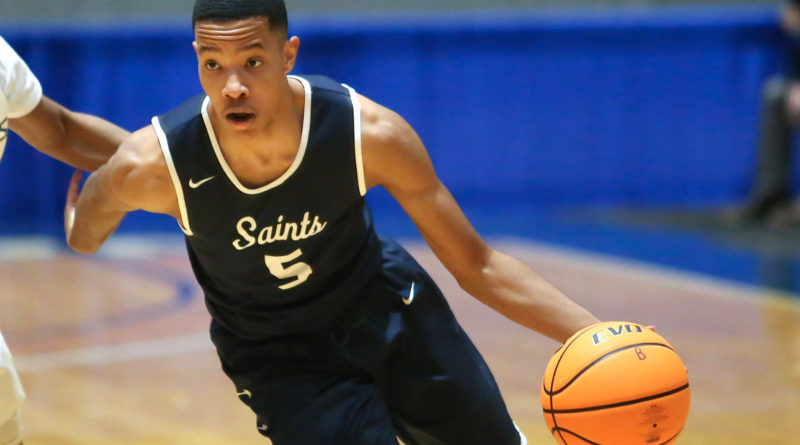 JACKSON — Rashad Bolden wanted to go out with a bang.

Behind the play of Bolden, who scored a game-high 23 points, St. Andrew’s ran past Booneville 59-32 to claim their second straight MHSAA Class 3A Boys Basketball State Championship at the Mississippi Coliseum on Saturday afternoon.

It’s the Saints (22-2) third state title in school history, with all three coming in the last four years.

“We prepared for a dog fight and it was. They gave us some trouble with the defenses they threw at us,” said St. Andrew’s coach Russell Marsalis. “Our defense was solid this game and to hold a team like that under 40 points is impressive.”

St. Andrew’s led from start to finish, including a slim 10-9 advantage at the end of the first quarter.

The Saints created separation in the second quarter as they adjusted to Booneville’s defensive strategy and outscored the Blue Devils 19-4 to build a 29-13 lead at halftime.

“We were able to adjust a little to our offense … we haven’t seen triangle-and-two much and we weren’t getting to the right spots,” Marsalis said.

“We don’t taken getting here for granted and to win three out of four and win it my first year here is big for the program,” Marsalis said.

Bolden had a game-high 23 points to lead St. Andrew’s and was named the game’s most valuable player.

“Bolden was like a coach on the floor and they did good job of getting to the free throw line and making shots,” said Booneville coach Michael Smith. “The biggest thing for us was we missed too many shots early and they made us pay for that.”