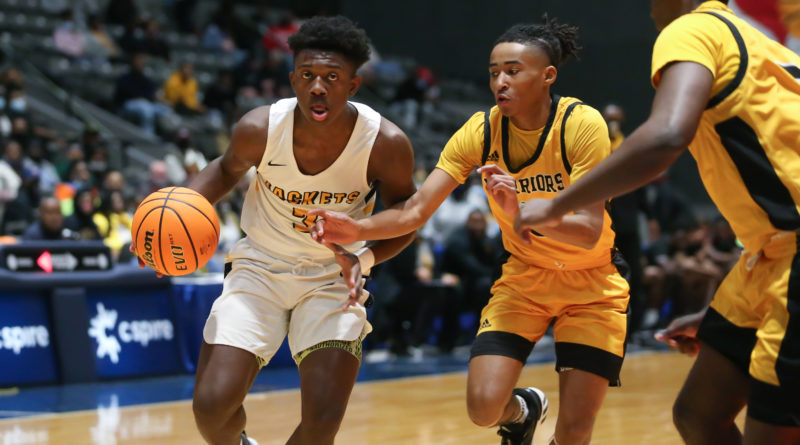 JACKSON — Starkville is back in the Class 6A State Championship game.

Behind a strong offensive performance in the second half the Yellowjackets were able to get past Oak Grove 64-51 in the semifinal round of the MHSAA Boys Class 6A Basketball Playoffs at the Mississippi Coliseum on Wednesday night.

Starkville (21-2) will face Clinton for the Class 6A State Championship on Saturday night at 7 p.m.

The Yellowjackets are seeking their third straight Class 6A state title.

“In the first half we gave up a few transition baskets and offensive rebounds we shouldn’t have,” said Starkville coach Greg Carter. “The first half we played well defensively, we just had to pick it up on offense. The second half we played more to the basket and made it real simple for us. All of our guys that stepped up in the second half were seniors and that’s what you need at this time of year.”

Starkville and Oak Grove slugged it out in a defensive-minded first half, with the Warriors emerging holding a 19-18 halftime advantage.

The third quarter is when Starkville began to have answers, as the Jackets put together an 8-3 run to begin the quarter to take a 26-22 lead.

Starkville got three-straight three-pointers from Coltie Young and Keyvon Pearson to take a 38-31 lead heading to the fourth quarter.

The Jackets opened the fourth quarter with a 16-4 run to extend their lead to 54-35 to seal the win.

Young had a game-high 21 points to lead Starkville, while Eric Green added 20 points and Pearson had 13 points for the Yellowjackets.

“The second half, coach told us to start driving to the basket and it helped us because we could kick it out for an open shot,” Green said. “Going for three in a row is huge for us and big for the program.”

Jay Barnes had 20 points to lead Oak Grove, while Dylan Brumfield added 11 points for the Warriors (18-4).

“I don’t think we made enough plays and we weren’t as aggressive as we normally are,” said Oak Grove coach LaRon Brumfield. “They got momentum in the third quarter and took it from there.”