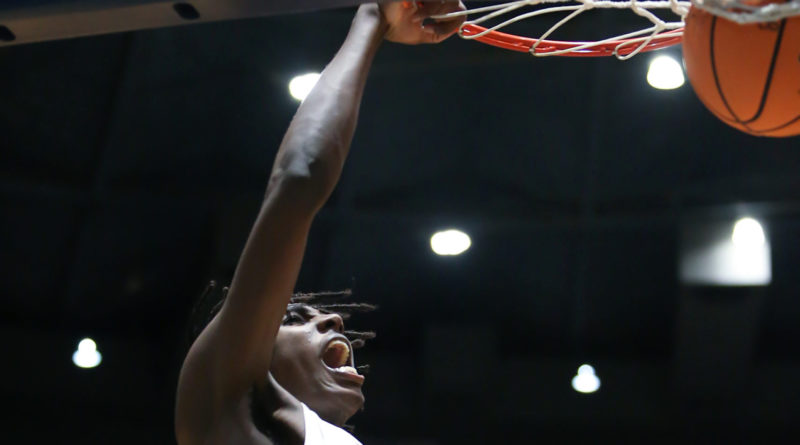 JACKSON — It’s been 19 years, but Clinton basketball is back in the state’s biggest spotlight.

Behind the play of Kimani Hamilton, Clinton held off Harrison Central 59-53 in the semifinal round of the MHSAA Boys Class 6A Basketball playoffs at the Mississippi Coliseum on Wednesday night.

The Arrows (20-1) will play Starkville, which defeated Oak Grove late Wednesday night, for the Class 6A State Championship at 7 p.m. Saturday night on this same floor.

This is the first time since 2002 that Clinton has made it to the state title game and the Arrows are seeking their first state title since 1993.

“It was a final four type game between two really good teams and one of them had to lose,” said Clinton coach Robert Green. “We know at certain parts of the game, certain players step up.”

The Arrows came out firing as they took a 9-2 lead to open the game, but Harrison Central ended the opening quarter on a 11-4 run to tie the game at 13-13.

The second quarter was back-and-forth with both teams exchanging runs. It ended with Clinton holding a 25-23 lead at halftime.

In the third quarter, Harrison Central rattled off a quick 7-3 run — highlighted by a three-point play by Mississippi State football signee Jacobi Moore — to take a 30-28 lead.

To open the fourth quarter Hamilton scored six straight points to extend the Arrow lead to 48-41.

Clinton held on from that point.

Hamilton finished with a game-high 22 points to lead the Arrows.

“I think we played very well, and I give all credit to my teammates. They give me the ball and I just do what I do,” Hamilton said. “It’s very big since Clinton hasn’t been here in a long time, so we trying to make history.”

“They changed their game style and actually played at our pace and were able to get down the floor and score,” Green said. “Our guys played hard and it’s definitely a great feeling to survive and advance to Saturday night.”