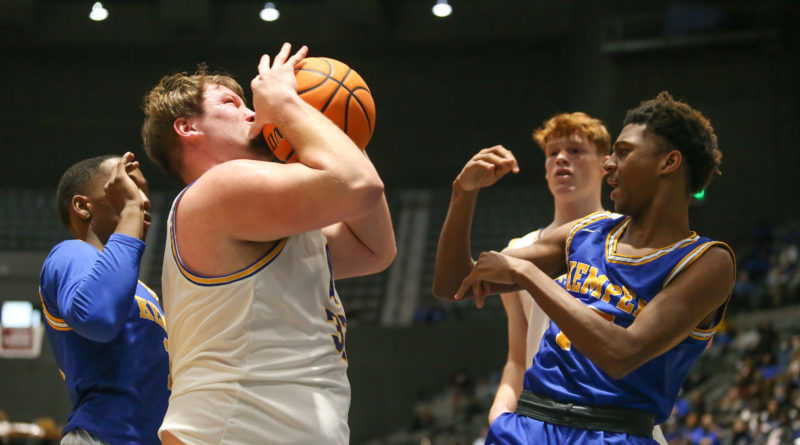 JACKSON — Booneville had a size advantage coming into Wednesday’s 3A state semifinals matchup with Kemper County, and they knew it.

The Blue Devils worked the ball inside and dominated the boards in a 53-29 win over the Wildcats to advance to the 3A title game at 3 p.m. Saturday at the Mississippi Coliseum.

“We’ve been playing great defense for a while now,” Booneville coach Michael Smith said. “I think it goes back to doing the little things right, and when you rebound the ball like we did today, you’re going to have a chance to win.”

The Blue Devils held Kemper County to 2-for-19 shooting from the floor in the first half, and led 21-8 at the halfway point.

They extended that to 35-16 by the end of the third quarter, and cruised in the fourth.

“We’ve been rebounding better in the last two weeks than we have all year,” Johnson said. “And we’ve had more success getting the ball inside, and it’s working out for us so far.”

Booneville is vying for its fifth title in school history and first since 2011. They’ll face the winner of Wednesday afternoon’s other 3A semifinal between St. Andrew’s and Senatobia.