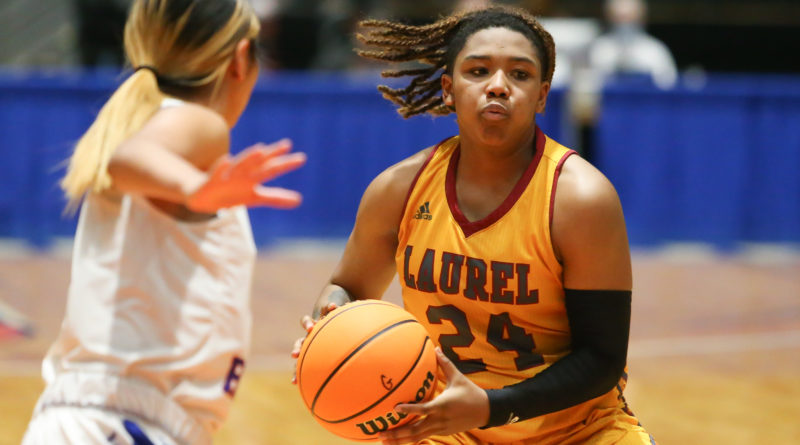 JACKSON — Laurel’s girls are one step closer to history.

Behind the play of Mackenzie Thomas, Laurel held off Neshoba Central 65-52 in the semifinal round of the MHSAA Girls Class 5A basketball playoffs at the Mississippi Coliseum on Tuesday afternoon.

The Lady Tornadoes (17-2) will face Holmes County Central for the Class 5A State Championship on Friday night at 5 p.m. This is Laurel’s first appearance in a state championship game for girls basketball.

“Our game plan was to get out there and touch and not let them get out for those open set three-pointers,” said Laurel coach Sherri Cooley. “Mackenzie is just going to give it her all out on the floor and she did tonight. It’s exciting to now go play for a state championship.”

In a game that was tightly contested throughout, the Lady Tornadoes held a slim 19-15 lead at the end of the first quarter.

Laurel increased their lead to 28-20 midway through the second quarter, but Neshoba Central ended the quarter on a 9-2 run to tie the game 31-31 at halftime.

The Lady Tornadoes opened the third quarter on an 8-2 run, then ended the quarter on a 7-0 run to extend their lead to 53-38 heading into the fourth quarter.

But Neshoba Central wasn’t done yet. To begin the fourth quarter the Lady Rockets went on a 12-0 run to cut the Laurel lead down to 53-50. Laurel kept its composure and finished the game on a 12-2 run to seal the win.

“Neshoba can run and they can flat out shoot the ball,” Cooley said. “I told the girls all week all they do is run and they don’t get tired, so we couldn’t get tired. We had to keep our composure and we ended getting some baskets.”

Thomas had a game-high 19 points to lead the Lady Tornadoes. Zoey Cooley and Kassidy Ulmer each added nine points for Laurel.

“It was very big for us because we were very comfortable coming into the game,” Thomas said. “We were able to get stops and make shots late in the game and able to get the win.”

“The game plan was to come in and play fast in our pace and hopefully get them worn down,” said Neshoba Central coach Jason Broome. “Give Laurel credit, they made baskets when they needed to and we missed a lot opportunities.”