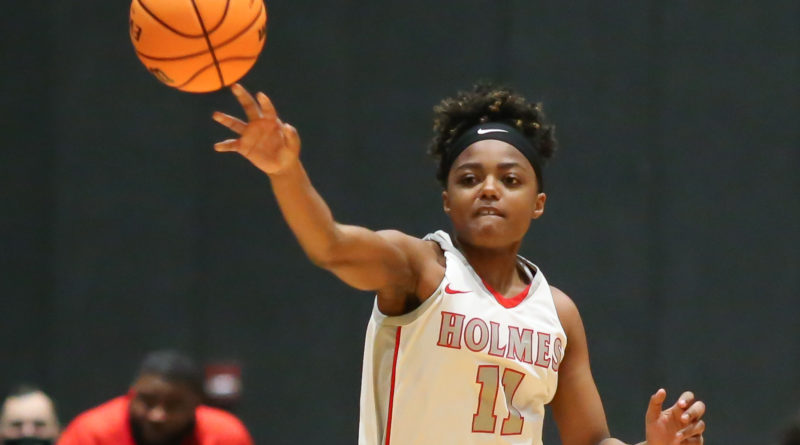 JACKSON — Holmes County is one step away from its first state title since 2016.

The Lady Jaguars made quick work of Brookhaven in the 5A State Semifinal Tuesday afternoon at the Mississippi Coliseum, pulling away early in a 66-30 win.

Carleigh Andrews led the way with 18 points for Holmes County, but it was her younger sister Kelsi who drew the highest praise from Greer after the game. The younger Andrews — who is a tall seventh-grader at 6-foot-3 — finished with 10 points and 12 rebounds.

“She has just been dominant,” Greer said. “And she was again in this game. She’s unbelievable for a seventh grader, and we’re lucky to have her.”

The loss ended a fantastic playoff run for Brookhaven (9-6). The Lady Panthers beat Gautier, Natchez and Wayne County to get to Jackson, but ran into a buzzsaw against Holmes County.

Senior Ashanti Louis had 10 points to lead Brookhaven, but the Panther offense never really got anything going offensively and had no answer for the Andrews sisters.